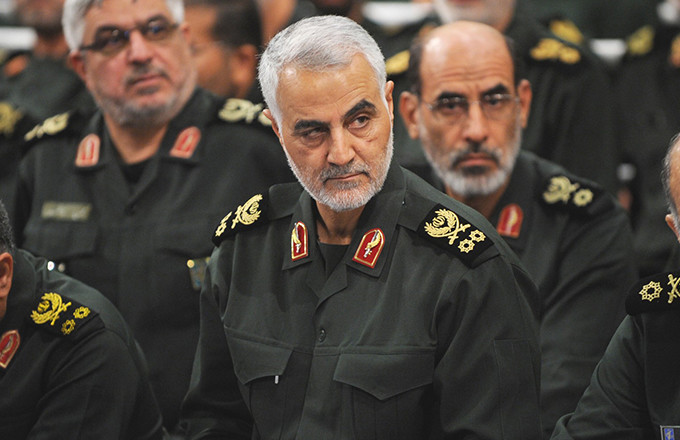 Just before the U.S. had ordered the killing of this Soleimani monster, some, in the fake news media, such as MSNBC’s host Joy Reid, dared suggest that the recent incidents in the embassy in Baghdad were the equivalent to a ‘Trump’s Benghazi’ – as she tried to corelate the December 31st, attack on our embassy in Baghdad to the September 11, 2012 attack against the U.S. embassy in Benghazi, Libya which yielded the death of U.S. Ambassador Christopher Stevens and three other Americans.

In addition, Trump-haters, as to be expected, have all come out to criticize Trump’s decision to counter-attack the Iranian militant forces as one which will induce the escalation of conflicts in the Middle East and the possibility for the need to increase our military presence in the area, thus their vehement opposition to the president’s decision.

I find all these anti-Trump allegations so unfair, that I just could not keep my mouth shut and felt compelled to state my piece of mind, for what it is worth. First, as to the Benghazi metaphorical assertion, may I politely remind the world that, it is common knowledge that neither Obama nor his Secretary of State Hillary Clinton did anything to prevent and avoid the Benghazi massacre, making them both the ultimate culprits in the assassination of our embassy personnel. Matter of fact, in a recent declaration by Gregory Hicks, the Deputy Chief of Mission for Libya at the time, and the last person to speak with Ambassador Stevens before he was murdered, he said: “it is clear that Secretary Clinton failed to provide adequate security for U.S. government personnel assigned to Benghazi.”

President Trump’s decision to counter the attacks to our embassy in Baghdad on December 31st, on the other hand, was the precise opposite to the way that Obama and Clinton handled Benghazi. As far as I am concerned, any comments whatsoever suggesting any similarities between Benghazi and Baghdad are, simply stated, sacrilegious. Now, as to the issue of the worthiness on the decision to kill this Soleimani beast, I am compelled to share with you my two bits on the issue. Where do I begin?

Well, to begin with, Soleimani, like I mentioned earlier was the head of the IRGC Quds Force, deemed by the U.S. as a “terrorist” organization. Soleimani and his troops were “responsible for the deaths of hundreds of American and coalition members, and for the wounding of thousands more”, says the Pentagon. The Defense Department said: Soleimani was “actively developing plans to attack American diplomats and service members in Iraq and throughout the region.”

Let me be very specific in pointing out some of the prevalent differences between the Obama and Trump administrations and the way they both have handled the ongoing crisis with Iran and the Middle East. On the one hand, just a reminder, Barack Obama, made a nuclear deal with Iran, [the] greatest exporter of terrorism in the world, bar none – a deal, mind you where he reportedly, gave Iran over $150 billion dollars in cash as a quid-pro-quo exchange of a promise from the latter not to continue their Uranium development programs aimed at the development of their nuclear armament build-up to be used against the United States of America.

It is a well-known fact that in Obama’s deal with Iran, the monies given them went to subsidize world-wide terrorism. It is also a well-known fact that under the Obama administration and both of his Secretaries of State, Hillary Clinton and John Kerry, the Middle East became a time-bomb, while failing to enforce the “red-line” in Syria on chemical weapons as the latter disintegrated, meanwhile also as Egypt collapsed and Turkey embraced Islam – all under Obama’s watch. I venture to say that, Obama, Clinton and the rest of this administration are responsible for the deaths of not only the Benghazi Ambassador and the other martyrs, but, they are also responsible for countless number of deaths, inclusive of countless American personnel, resulting from terrorist attacks subsidized with Obama’s dollars given to Iran.

Vis-à-vis, President Trump’s resume now can brag about his taking out Islamic State’s leader Abu Bakr al-Baghdadi back in October and yesterday, Soleimani along with Abu Mahdi al-Muhandis, the deputy head of the Iran-backed Iraqi Popular Mobilization Forces (PMF), also killed in drone strike ordered by Trump. Not to mention Trump’s continued resilience in the enforcement of staunch sanctions against all rogue terrorists States such as Iran – what a difference between Obama’s brownnosing and Trump’s hard-nose uncompromising stance.

So bottom line, while Trump can boast about doubling-down on defending American interests and deterring Iran’s terrorist travails against the U.S. and the free world, Obama, meantime can boast about letting the Ansar-al-Sharia Islamic militia group murder four Americans in our Benghazi embassy in Libya. Obama can also boast about giving billions of dollars which ended-up in the hands of Middle East terrorists, which have pledged to destroy the U.S. and everything it stands for. How is that for a comparison?

In summary, my message here today is directed to MSNBC’s Joy Reid and to all the Socialist Democrats, who dare compare the Benghazi massacre with Baghdad and/or Trump’s decision to counter-attack Iranian terrorists in their unending efforts to undermine the U.S.’s efforts in protecting the world against Iran’s terrorist evil-empire. I say kudos to Donald Trump for sending a clear message that the U.S. will not be pushed-around such as we were under our own Manchurian Candidate, Barack Obama. And I say, dam you all Communists who continue to attack our President for defending our interests in the Middle East. And, to close, should Trump’s decision to defend our interests in the Middle East result in an escalation of a potential war with Iran and/or any other terrorist States around the world – so be it! May God bless the United States of America 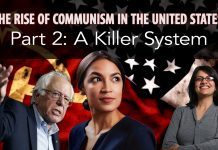