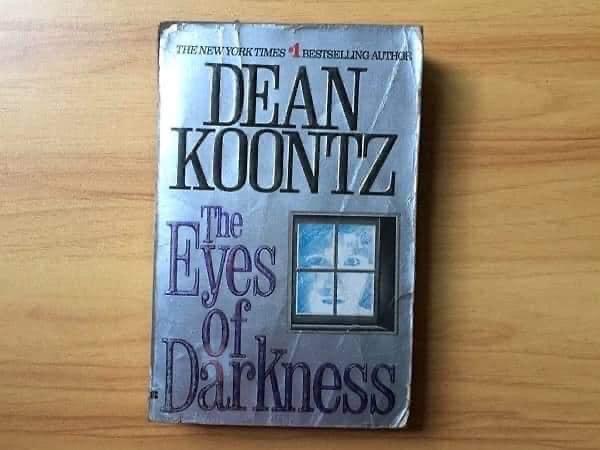 A very good friend of mine brought to my attention the recent surfacing of what many are branding to be one of the most astonishing prophesies ever made – one which, if true, would make Nostradamus and all the prophets before him look like infant sorcerers at best or outright phonies at worst.

So, I am referring to the ongoing outbreak of the infamous Coronavirus – a/k/a COVID-19, and it’s present threat of reaching pandemic proportions. The virus started in December 2019 in Wuhan, China and, as of today, 75.756 cases have been confirmed in more than two dozen countries. The disease has killed 2.129 people.

Now, as to the prophesy portion of it all, in 1981, American writer Dean Koontz released his thriller novel, “The Eyes of Darkness”. The book focuses on a mother who sets out on a quest to find out about her son who had died the year before on a camping trip where every single camper, the leader and the driver had all died, inexplicably.

So…ask you may, what does any of this have to do with the Coronavirus outbreak? And, the answer is, in his book “The Eyes of Darkness”, again, published in 1981, Koontz, the author features a Chinese RDNA military lab in Wuhan, China where a virus by the name “Wuhan 400” is created as a bioweapon [biological-war weapon] and civilians soon thereafter become sick after accidentally contracting the virus. For the record, the initials RDNA stand for (rDNA) molecules created under laboratory conditions to bring together genetic materials from multiple sources – typically used in molecular cloning and the creating of biological weapons.

In his book from “The Eyes of Darkness”, Koontz writes about the Wuhan 400 Virus and makes reference to a Chinese scientist, who “defected to the United States, carrying a diskette record of China’s most important and dangerous new biological weapon in a decade.” Author Koontz goes on to say, “They call the stuff ‘Wuhan 400’, because it was developed at their RDNA labs, outside of the city of Wuhan and it was the four-hundredth viable strain of man-made microrganisms created at that research center – meaning, off course that 399 microrganisms had been previously manufactured in this laboratory. ‘Wuhan 400’ is a perfect weapon,” the book claims. By the way, as a side-note, let’s not forget that China today is one of the largest suppliers of medicines to the U.S.

In yet another page of the novel “The Eyes of Darkness”,the author goes on to predict that, “In around 2020, a severe pneumonia-like illness will spread throughout the globe, attacking the lungs and the bronchial lobes and resisting all known treatments.”

O.K., folks so these are the facts, the question is: Is there something to Koontz’s apparent prophesy of the Coronavirus, or are his predictions purely coincidental? Your call not mine. There are, if you will, some legitimate arguments to be made on both sides of the issue. On the one hand, here are some of the contentions that are made which kind of water-down the oracle qualities of the issue.

Vis-à-vis, you can let your imagination go wild and make some compelling arguments for the prophetic version as well. Among them,

• The fact that the novel’s virus originates in a Wuhan, China RDNA lab seems to coincide with some of the late conspiracy theories as to where the Coronavirus really originated. While at first, it was assumed that the virus originated in animals and more specifically was assumed to have first surfaced in an animal market in Wuhan, where people buy bats and other animals such as “pangolins” – a long snouted ant-eating mammal often used in Chinese medicine – both used for human consumption. As of late, however, the new fringe theories claim the virus was manufactured by the Chinese government as part of a conspiracy. Speaking on Fox News recently, Senator Tom Cotton, Republican of Arkansas, raised the possibility that: “the virus had originated in a high-security biochemical lab in Wuhan – the Chinese city at the center of the outbreak, same as that suggested by the Koontz novel.

•The fact that that Koontz’s novel, written in 1981, suggests that the outbreak would take place in 2020 is yet another mind-boggling coincidence.

Regardless of which side of the issue you decide to favor, there are some powerful and compelling arguments which, no matter what, pave-the-way for pondering the fringe conspiracy theories – with sufficient basis, if you will, not to rule the latter out altogether.

We must remember that China today is the U.S.’s fiercest competitor. It is also a known-fact that Communist regimes have absolutely no limitations when it comes to justifying the means to reach an end – Machiavellism at its best. It is common knowledge as well, that the Chinese government, even to this day, has tried very hard to disinform the world, as to the magnitude and seriousness of the Coronavirus outbreak in the obvious anticipation of the collateral damage which may ensue from the havoc and panic which inevitably would take a toll on China’s economy.

In closing, I will do as I said earlier, I will let each and everyone of you make-up your own minds as to which side of the issue you stand-on. We all must decide for ourselves where to draw the line between coincidence and reality; between reality and fiction. It is up to all of us to decide whether we are dealing with a prophesy or a coincidence.

The last point I want make before closing this narrative is, regardless which side of the issue you end up choosing, the fact remains, there are sufficient unknowns in this Coronavirus or COVID-19 virus outbreak to where we all should, if nothing else, be eerily dreadful of the consequences that the Coronavirus or the Wuhan 400 viruses may have on mankind. More so, considering that, at centerstage of the controversy, is a Communist nation, which will stop at nothing in their unwavering search for world power. May God save us and may God save the United States of America.