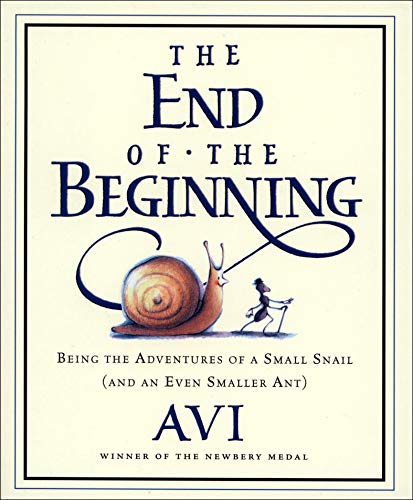 So, I took the time to do a compilation of all the articles and narratives that I have written since when I first started writing my political blogs back on March 23, 2008. The exact number came to 233. But…why am I telling you this? Well, friends, followers, today must be one of the saddest days of my life and I will explain why in a minute.

Never once since I started writing did I envision the day would come when I would have to share with you some of the unthinkable, unimaginable, and inconceivable tragedy which I am about to do in this narrative. My starting point on today’s journey takes me back to my article which I wrote back on October 28th, 2008, notably just a few days prior to Barack Hussein Obama’s election on November 4th, 2008. I appropriately labeled this article “The Beginning of the End.”

It just so happened, when I first wrote “The Beginning of the End”, it was only sent but to a few friends; a small group of about twenty people with whom I used to exchange and share political commentaries back in the day. Little did I know or anticipate that, my two-page narrative, would go viral, circle the world, be published in several newspapers and publications, including an underground dissident journal in North Korea. In lieu of this unanticipated success, I embarked on a follow-up voyage which ultimately led to the writing on my book in 2012, which I also titled “The Beginning of the End” – only because the book was no more than a detailed and comprehensive summation of the same theme[s] covered by my article, to wit – the threat; the clear and present dangers of Communism coming to the United States of America.

For the first time ever, I will make public a confession to you all that, notwithstanding my justifiable and very real fears back then of what I proposed would be politically forthcoming to this, the greatest nation in the world, again, never did I think the day would come when my worst fears of what I saw coming would really come to fruition -would become reality. Never did I really think my article and my book would become anecdotally prophetic in more ways than one.

In looking back, I always thought about all my political narratives, my articles, my book, more in terms of a warning to all my fellow-Americans of the evils and perils associated with Socialism, Marxism and Communism – more so than be accepting of the fact that the day would come when the greatest nation in the world would really opt to embrace any of these evil ideologies. Not here in the United States, I thought – again unthinkable, unimaginable, and inconceivable.

As much as I also think that many in this country, to this day, still cannot accept reality for what it is – the fact Communism has taken over; the fact that our Constitutional Republic is being dismantled; the fact that capitalism and democracy are a thing of the past; the fact that our country is being torn apart at its seams; being systematically wrecked; the fact that our values, our heritage, our legacy, our traditions, our birthrights have are all being methodically replaced by hate, by class divisions, by lies, by hypocrisy are all symptomatic evidence that, in fact, this is “the beginning of the end,” or, maybe better yet “the end of the beginning.”

I think that Joe Biden and the Democrats’ first 57 days in office have been one of the most compelling truths and evidence of where we are headed. Remember the old proverb: “…all roads lead to Rome.”? The prevailing and prevalent headlines are scary, frightening, terrifying, and chilling all rolled into one.

There is not a day that passes, not one day where news captions become indelible testimony of the direction that our country is headed – in our case, not Rome but a sinister, disturbing, and ominous political precipice; a dead-end road; a place of no return; a one-way road leading to the very same heinous, monstrous, and atrocious road as those traveled by all who took this road before us – to all Socialist, Marxist and Communist countries before us. Look at The Peoples Republic of China, Russia, North Korea, Vietnam, Cuba, Venezuela. Believe it or not, thanks to all you Democrats, we are about to add the United States of America to this pathetic list.

Again, since this Biden clown has been in office, all headlines, op-eds and editorials poignantly get worse by the day, by the hour, by the minute. Below, I am listing some of these as follows:

✓ Democrats getting ready to end the filibuster vote – by doing so, nation will become a ‘One-Party’ system enacting laws at will.
✓ Democrats introducing Bill HR-1 which will radically reform voting rules and regulations and will federalize voting in the U.S.
✓ Country faces its worst illegal immigration crisis ever. Biden administration refuses to call it a crisis.
✓ Biden cancels the Excel Pipelines and prohibits exploration of gas and oil in U.S. territory and waters.
✓ By cancelling the Excel Pipeline, 11,000 jobs will be killed.
✓ Gas prices continue soaring at the pumps under the Biden administration.
✓ Biden ran for president as a moderate while his policies are the most “Progressive” in the nation’s history.
✓ Biden – longest time ever a President denies a press conference after taking office.
✓ Biden proposes tax increases that will affect everyone in the U.S. – Biden tax increases will now target households as opposed to his initial claim of only individuals.
✓ Teachers Unions’ refuse to return to the classrooms.
✓ Democrats getting ready to introduce bills which include Alexandria Ocasio-Cortez’s Green New Deal.
✓ North Korea’s Kim Jong-un announces he will start testing nuclear missiles again.
✓ Social Media Big Tech increases censorship – Free speech is threatened in the U.S.
✓ Dr. Seuss, Mr. Potato Head, and Disney, Gone With the Wind, all fall prey to the Left’s Cancel Culture revolution. Will the next victim be our bibles?
✓ Democrats introduce legislation for a unisex culture.
✓ Democrats introduce legislation to remodel our Second-Amendment rights to own and have a gun.

Need I say anymore? Look, let’s keep it, like they say, simple and stupid folks. The aforementioned list could not get any closer to describing the very essence of a totalitarian, one Party, Communist dictatorship à la China, à la Cuba, à la Venezuela, à la North Korea, à la all Communist countries.

What frustrates me the most is that, to this day, still, no one dares to call a spade a spade. Every time I hear our leaders, our most iconic radio and T.V. hosts, use the terms “Left”, “Liberals”, “Progressives”, I get infuriated. When will we all call it by what it really is? When will we, if ever, call it Communism, instead of all the other vanilla pseudonyms? When will we, if ever, admit, realize, and acknowledge this is not Socialism but Communist at its best?

I dare say, for anyone to be cured of an addiction the very first prerequisite, precondition, requirement is to stop the denial syndrome. Honestly, I think we have no one else to blame for all that is happening other than our own Republican Party. While Democrats are united, bonded, and integrated as one voice, ours, the Republican Party is and has been, for the most part, divided and split. Our Party is full of wimps, weaklings, turncoats and traitors. Take for instance, Mitt Romney, Liz Cheney, even our Senate Leader Mitch McConnell, who wasted no time in turning against Trump in the latter’s battle for electoral fraud. Bet you Nancy Pelosi or Chuck Schumer would have stood by their man no matter what, had it been the other way around.

Before, like many of you, I bet, we all drank the Kool-Aid, we were all still in “La La Land” to where we naively and romantically thought we could take our country back in 2022 and in 2024 via democratically sanctioned elections. Only problem: that is not about to happen friends. Wake up and smell the coffee. We are no longer in our old Constitutional Democratic Republic where honest elections allowed us to change our political leadership. Those days are gone my friends. Let’s get it through our heads folks. Our new Communist Democratic administration is here to stay for good; to reign supreme. Matter of fact, I think our only way out of this is chaos. Our only way out of this is turmoil, pandemonium, and more, thus my wishes for the worst.

I am sorry. If you denote gloominess, pessimism, and despair in today’s narrative, you are not just imagining it. Never thought I live to see the day of how bad it would be. Never thought I live to see the day when I re-lived the sadness I once lived in my native homeland. Yes, we might as well say our prayers and we might as well trust that God will find His way to put and end to this madness. Matter of fact my only hope today is God and, I think He has already began to do His magic as I look around and see how bad it is – only because, I repeat, the worse it gets, the better our chances for it all to end. May God save us and may God save the United States of America.