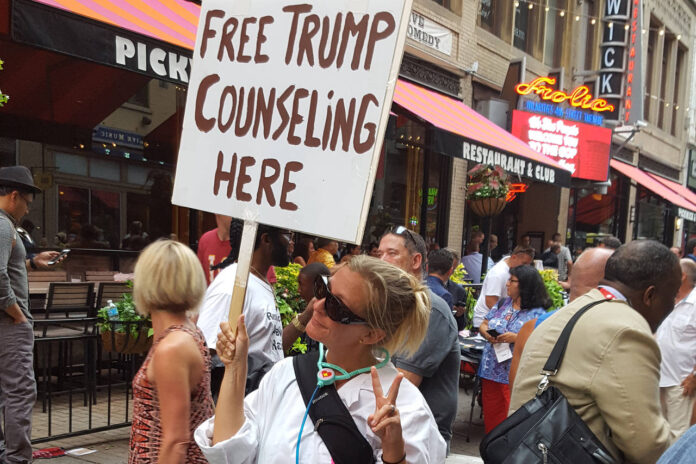 Ken Kessey’s novel made into a movie starring Jack Nicholson, tells the battle between a pt and a nurse, the sociopath McMurphy represents sexuality, freedom, and self-determination—characteristics that clash with the oppressed ward, which is controlled by Nurse Ratched.

Through Chief Bromden’s narration, the novel establishes that McMurphy is not, in fact, crazy, but rather that he is trying to manipulate the system to his advantage. A former army nurse, Nurse Ratched represents the oppressive mechanization, dehumanization, and emasculation of modern society—in Bromden’s words, the Combine. Her nickname is “Big Nurse,” which sounds like Big Brother, the name used in George Orwell’s novel 1984 to refer to an oppressive and all-knowing authority.

If when you hear the news, and the constant, misinformation, threats, and overall proposals to eradicate what has been our society’s staple, you feel like you are being trapped in an insane asylum, it is because you are.

On the eve of Mother’s day, we are told to change the reference to “people’s birthing day”! Do not make the mistake of laughing about this latest insane suggestion. After all, we already believe that male and female anatomy does not identify gender. We already accept the lie that gender is a choice and able to change daily if desired.

Many already are castrating their children as if at an age when they barely know how to speak, they are mature enough to choose if they are a boy or a girl. Many already are following the ruse that if we belong with a certain skin color we are born evil and have to pursue a life of repentance. Many already applaud the misrepresentation of racism as a curse that cannot be resolved by the individual but only by the ruling elite.

When has resolving discrimination in any society been solved by more discrimination? How many fools presently applaud statues, sports teams name changes, are offended by anyone in our history that might have the smallest connection with race, but fawn over our president who has talked about integrated schools as “ not sending my children to a jungle”, blacks “being placed in chains”, “if you don’t vote for me you are not black”?

Has the MSM, so prone to defame their political opponents ever talked about Biden’s son’s obvious corruption, or Biden’s closeness and eulogy with a late Senator’s past history as a KKK leader? And how many blind ignorants follow the concept that any doubts about our election results are part of the “big lie”.

I wonder if before the results were known, anyone would have believed that Trump had the highest # of votes ever, but lost because Biden had 14 million more votes than Obama. The election results, for many reasons, broke the historical standards. These are facts, not lies.

What is a “big lie”, repeated ad nauseam by the press and useful idiots is the “Capital bldg insurrection that caused multiple fatalities”. There were no arms found, only one fatality, so far ignored, of a peaceful protestor by a Capital guard.

What happened was an illegal entry, by hundreds of fanatics, many looking totally weird, not an excusable action, and one that deserves legal punishment. What it was not even close to being was an “insurrection”.

So let us wake up! We are not under a threat, we are already living in the “cuckoo’s nest” of the life described by Orwell. Is it too late to change? Time will tell, but there is not much of it left.