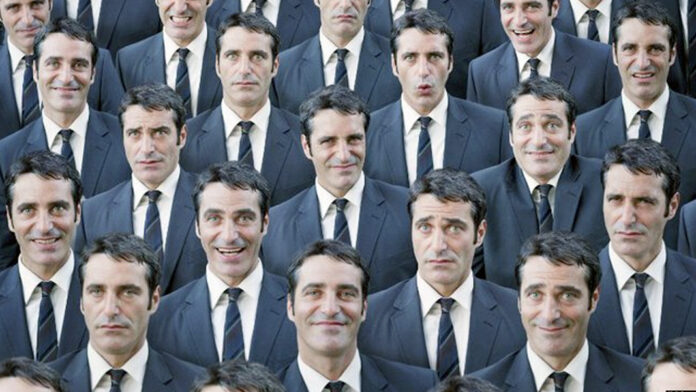 “It’s inconceivable,” says Mr. Steele, “that blacks are competitive in universities today.” In the 1950s, by contrast, they matriculated with slightly lower grade-point averages than whites and graduated with GPAs slightly higher than whites. “Nobody gave them anything,” Mr. Steele affirms. The minute we started to get all these handouts from guilty America in the civil-rights era, we entered this uninterrupted decline.”

Equality, Mr. Steele suggests, no longer offers an alibi. for black underperformance. Equity, by contrast, “is above all that.” Black leaders and white liberals “wanted a new, cleaner, emptier term to organize around. And equity was perfect because it meant absolutely nothing.

White America continues to determine the lives of black Americans, Mr. Steele says: “Patronizing black people is just a form of white decency,” burnished by concepts like systemic racism and white privilege. ‘We’re still in charge of your life,’ ” white Americans say to blacks.“ ‘You do what we tell you, “we’ve become slaves all over again. And we run around, coming up with words like ‘equity’.”

Steele was born in Chicago to an American father of African descent and an American mother of European descent.

We are, like sheep, obeying the beck and call of a minority of white “elites”, our media, big tech, and educators. As a whistle that we must obey they make words that have no meaning as “transgender”, and now “equity” for the sole purpose of taking away our freedom.

More than a decade ago I warned that the real motivation of the transgender movement was, through the elimination of what our biology dictates, to change our society to an amorphous one, easily manipulated. Unfortunately, I was right. This pointless word is now part of our vocabulary and the elimination of genders which I warned was their final objective, is becoming a reality.

Now, the word of the day is “equity”. It is a play of words in order to justify the attempt to control our life and role in society from birth to death. It is an attempt to achieve what Shelby Steele clearly expressed referring to African Americans, “we become slaves all over again”.

This is the highest form of hypocrisy, accusing opponents of racism, so they could do just that. Giving any minority advancements, regardless of their merits, to achieve “equity” with the excuse of past sins is the worst insult you can give to any human being.

“We will give you (whatever) because you are unable to get it by yourself!!” Biology is clear on this matter. Every human being is different. Even so-called identical twins (monozygotic) are not 100% identical.

At a very early stage in our lives, my sister and I were taught that even if we were all born different, and with different hardships, after birth we all became equal. Challenges for some were harder than others, but we all had the freedom to face them as we chose.

The message was clear, you might be born rich in privileges and waste them, or with none and acquire them. The harder the test, the more spiritual rewards you received at the end of life. Our Creator made us different for a reason. It is not what you are born with, or without. In the end, it is still not what you achieve in riches. What gives eternal peace is how hard you fought, and what you did for others that needed help, no fault of their own.

In summary, equity is slavery; equality is trying to level the playing field. Gratification is not meant to be instant but delayed until the race is over. The only judge at the end is you, or whatever happens in the afterlife!