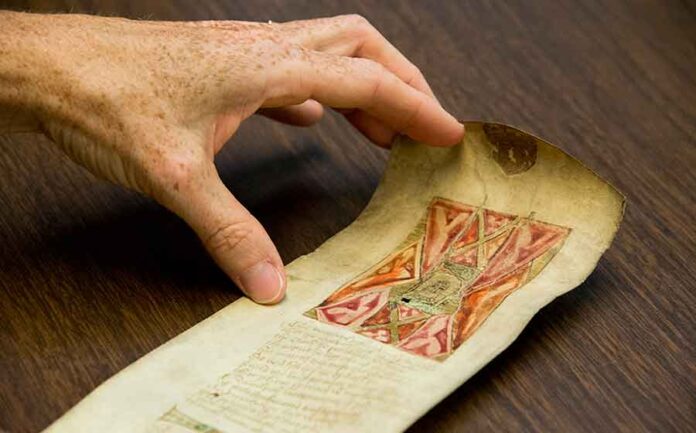 T oday, I am going to depart somewhat from my conventional-style political diatribes narratives for something perhaps more soothing to the soul. What you are about to read happens to be a true story which carries an inspirational message, one that I find much relevant to the days ahead. I hope it does as much good for you as it has done for me.

This story begins back in the 1970’s when I was still a young stallion in my early forties – full of life, energy and a youthful outlook where I thought I owned the world and could do just as I pleased with everything that came my way. Back in the day, I owned a small successful shoe-importing business, which I had named “Astro-Shoes, Ltd.” All my shoes came from the Orient, specifically from Taiwan, where I opened a little office that served as my headquarters in that part of the world.

As you can imagine, owning this company with offices in Taipei, Taiwan required my constant travels to that part of the world. During any one year, I would find myself visiting capitals such as Hong Kong, Tokyo, Seoul, and others. This was a fascinating time in my life. My exposure to the Oriental cultures has had a lasting effect and influence throughout the rest of my life. As part of this adventure, I met someone, a Japanese man, by the name of Matsamura-San. For your information, the term “San” in Japanese, translates to “Mr.” in our culture, so in this example here, this man who later became a close friend, was Mr. Matsamura.

Mr. Matsamura became my guiding light in the Orient, and, in the process, we also became closest of friends. Because of him, I learned a lot about how to do business in that neck of the woods, as well I also learned about life; about friendship. With the years, as it usually happens, we each went our ways and eventually we lost contact, albeit his memory will always linger as an important part of my life – the subject of maybe another narrative.

The only reason, I refer to Mr. Matsamura today, is because as we were in Honk-Kong one day, I had asked him to take me shopping in that fascinating city, which at the time was like the capital of the underworld, where all cultures met. Hong Kong, you may say was a true “melting pot” with a mix of Chinese, and European cultures, Italian, English, you name it. Downtown Hong-Kong was a buzzling trading marketplace, where you could buy and sell everything, from jewelry to clothes, to everything you can think of and then some. Matsamura San quickly taught me that, unlike our United States, you never buy anything at the advertised prices. Instead, everyone is expected to negotiate prices – a lesson I quickly learned.

But why I am telling you all this? Or what does this all have to do with an inspirational message, such as I alluded to in my opening statement. Well, the story begins when, in my very first visit to Seoul, South Korea, because of an all-night quarantine, I went, for the first time in my life, to a Casino and spent the whole night there. You have all heard about “beginners’ luck” haven’t you? Sure enough, I spent the whole night at the roulette table – that is, I spent the whole night winning at the roulette table to where I ended up on a one-to-one duel with the dealer and people around me watching as I won. Just like in the movies.

The next day, I flew to Hong-Kong and met with Matsamura. I told him about my winning streak the day before and ask him if we could go shopping as I wanted to buy gifts for my mother back home. Suddenly as I was shopping, my eyes were strangely attracted to one of those Japanese roll-down “bamboo” wall-hanging decors. There were many of them, very colorful. One, attracted my attention. It was very appealing to the eye and it had something short written on it. As much as it had artistically caught my attention, as much as I could not, obviously, understand what was written on it. It was written in Japanese, and it looked pretty, but what did it mean?

I turned to Matsamura San for help and told him I kind of liked what I saw but wish for him to translate the legend on the face of the wall-hanging bamboo. Sure enough, Matsamura, told me the writing was an old Japanese proverb – extremely popular to many in Japan. In short, the message in the writing said: “there must be chaos in one’s life to give rise to a shining star.” No sooner had I heard the message, no sooner had I purchased this thing, which I kept for years. Unfortunately, with time and after moving several times in my life, eventually I lost my precious bamboo, but never did I forget the message.

I guess, in a way, the message in the bamboo could compare with our own proverb in this part of the world when we say that “everything happens for the best.” I think the moral to my story today is, how timely and appropriate was the message in the bamboo relative to where we are at this difficult junction in American history. Think about it. Trump lost, democracy is hanging by a thread – the future looks quite gloomy, does it not? I think it would be fair to say that there is a prevalent “chaos” all the way around, is there not? But…what if we take the Japanese proverb at face value and look at the “shining star” ahead. If we do, then, we can only presume that everything that we are looking as gloomy and dismal, may be, after all, a stepping-stone for greater things ahead. Ironically, throughout the rest of my life, I did run into difficult times, as we all do. During some of these difficult times, I always found solace in this proverb, as I hope you will too in today’s dark times.

So, I bid you good-bye praying for this nation’s future and a friendly reminder to all that: “there must be chaos in one’s life to give rise to a shining star.” May God save us and may God save the United States of America.