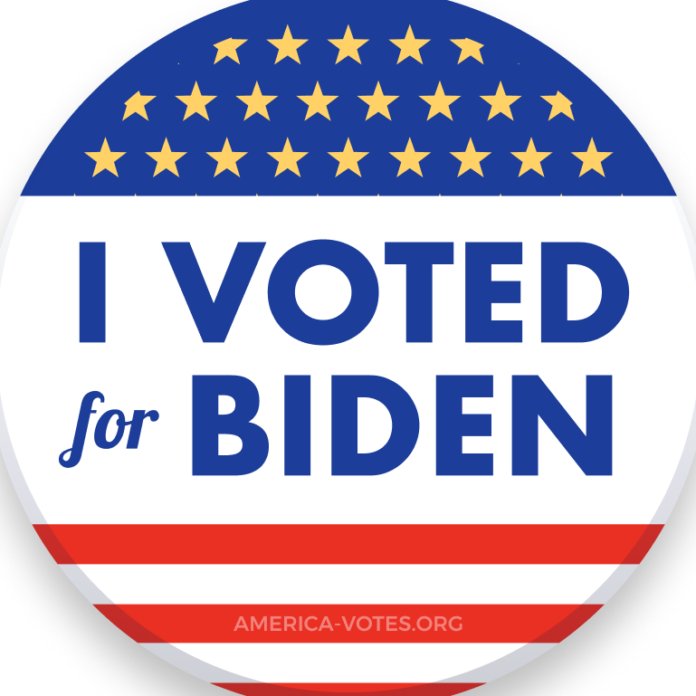 So… you are a Trump-hater and on November 3rd, 2020, you were one of the 81,268,924 who voted for Joe Biden and Kamala Harris, is that right? Well, I have a couple of messages for you all. First and foremost, let me just say at the outset, I blame every single one of you for all that I see going wrong in our great nation today. Because of your irresponsible choice, our country is on a free-fall every which way you look at it. Matter of fact, I cannot think of even one single thing, your clown has done right by our country – not one.

I would not have minded so much if all that he has done would have had repercussions exclusively related to you guys, but…”no”, everything he has done so far is affecting every single American. I will be more specific further as I go along. Joe Biden happens to be the 46th President of the United States. Looking back in history, like everything else, there have been some good presidents, some not-so-good, and some bad – really bad presidents. In this last category, one of my comparison metrics is relative to the shortsightedness of some of our past-presidents which eventually ended-up hurting our country. In this classification, I give the prize to one of the dumbest presidents ever in U.S. history, to wit, the 39th President of the United States – Jimmy Carter. That is, of course, until Joe Biden came along.

My next prize in this really bad presidents classification goes to Barack Obama. Unlike Carter, Obama was a smart cookie. Too smart maybe. Then again, he [Obama], like Fidel Castro and others, used his smarts for introducing communism in the United States as he first committed to on the cusp of his presidential election on October 30th, 2008 when he said: “We are five days away from fundamentally transforming the United States of America.” Again, I thought Obama was as bad as it would get. Then again, that was until Joe Biden came along.

By either of these metrics, the stupidity and/or by the Marxist tendencies, either one, Joe Biden takes the big price as the worse of them all – and that, friends, is a lot to say. Never did I think for a moment there could be someone neither as stupid as Jimmy Carter, nor as Marxist as Barack Obama, but, this guy, your Biden clown makes both, Jimmy and Barack, pale in comparison. I could have stomached an idiot like Jimmy, maybe even a communist like Obama, what is difficult, virtually impossible for me is to try and stomach both a stupid and a communist all at the same time – not easy.

Just think about it for a moment folks. The man [Biden] is a walking crisis. Forget that we are facing one of the worse immigration crisis ever in U.S. history; forget that crime in the U.S. is at historic highs; forget that experts are predicting we are entering into an inflationary period; forget that we are paying more for gas, for food and housing; forget that our national debt keeps growing and stands at a whopping $28 trillion and counting – a debt which you and I will have to pay with higher taxes and a higher cost of living; forget that the U.S. economy fell way short in jobs added in April, from 1 million predicted to an actual 266,000 jobs; forget that there is a national chaos in many police departments throughout the nation; forget that there are trying to confiscate our weapons; forget that teachers’ unions continue to keep our children out of schools; forget that the clown shut-down the Keystone pipeline destroying 11,000 jobs and roughly $2 billion dollars in lost wages – not to mention sending us back light-years in our energy dependency on world oil and gas cartels. All this in the domestic front.

But, what about in the foreign and international arena? Here too, your moron is doing well, is he not? Forget that all of our leading enemies, China, Russia, North Korea, all of them, look upon this jerk as a wimpy old scoundrel, who, at times, has a hard time even remembering his name – let alone having any respect whatsoever for someone as corrupt he is, as the whole world realizes that he [Biden] used his political clout during his tenure as Vice-President under Barack Obama to enable his son and his family to make zillions from all kinds of quid-pro-quo favors to Ukraine, Russia and China. Can you imagine if Donald Trump and/or one of his sons even came close to what this Hunter Biden puppy and dad Joe did? To think this corrupt Swamp Animal is today the President of the United States is, to say the least, insulting.

Anyways, can any of you diehard democrats name me but one good thing this guy has done for our country? Just in case, please spare me if you will the hypocritical, deceitful, and outright devious claim about his handling of the COVID-19 pandemic, if that is what you are thinking. Here too, your habitual liar and plagiarist is historically used to taking credit for what other people do. Has done it all his life. Biden is a compulsive plagiarist – he cannot stop stealing original ideas from other politicians. During a campaign appearance in New Hampshire, Biden claimed he had finished in the top-half of his law school class when records indicate he finished near the bottom.

Case all of you who elected this man did not know it, your Joe Biden was caught-up in a plagiarism scandal that derailed his first campaign for the White House in 1987. He publicly acknowledged plagiarizing another author’s work during his 1988 Democratic presidential nomination. Biden was also said to have used without attribution substantial portions of speeches made by Robert Kennedy, Hubert Humphrey, and British Labor Party leader Neil Kinnock.

As much as there was not one single good thing your man Biden could brag about since taking the office of president, he unilaterally decided to take credit for the COVID-19 vaccinations. Really? What your clown, seems to have conveniently and expediently forgotten was the fact that Operation Warp Speed [OWS], initiated by the Trump administration, facilitated, and accelerated the development and the manufacturing of the COVID-19 vaccines, therapeutics, and diagnostics. It was not your Biden – it was Trump – lets get that clear, shall we? Then again, he [Biden] does not have one single thing he can claim as having done good for the country, can he? So, why not take credit on one of Donald Trump’s greatest accomplishments?

Bottom line, look you guys, you democrats who elected this first-class idiot as our president, how much worse does it need to get before you all open your eyes? What will it take for all of you guys to realize that by electing this man and by continuing to endorse the Communist Democratic Party, all you are doing is helping to destroy our great country, turning it into another Cuba, another Venezuela?

By continuing to support and endorse democrats and this administration, you are, in fact, promoting the end of our individual freedoms; our freedom of speech, our right to bear arms. You are advocating a completely fallacious climate-protection narrative which is destined to set us back light years. You are helping promote a racial divide which we had already overcome. By backing Joe Biden and the Democratic Party you are, in essence, backing Communist China in their global expansionism; you are siding with Iran in their wishes to destroy our nation and everything it stands for. Matter of fact, by endorsing and supporting this or any other democrat administration, you may be, in fact, bringing us a step closer to the end of our glorious United States of America as we knew it and, for that matter, a step closer to the end of mankind as well. May God save us and may God save the United States of America. In God we trust.