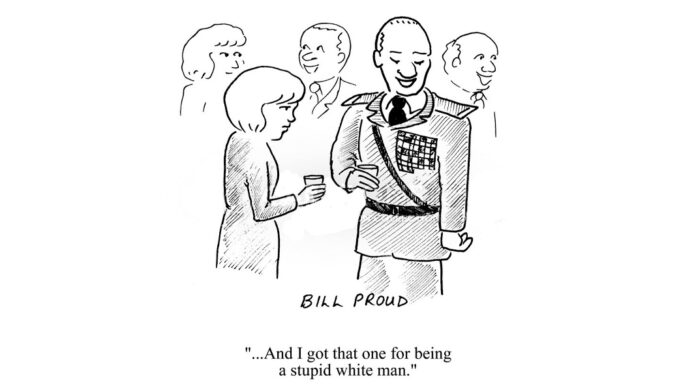 “You need to be very careful when working with him so as not to miss something. He himself does not miss a thing, I assure you, and this was absolutely clear to me. “He is focused, he knows what he wants to achieve and does it very skillfully, and you can instantly sense it.” Putin did not once crack a smile as he waxed lyrical about Biden’s cognitive skills last week, but he was having a lot of fun all the same, as became clear when he made what at first appeared to be a baffling reference to White House press secretary Jen Psaki, who was not present at talks between the two leaders and was irrelevant to proceedings. “So what that [Biden] sometimes confuses things,” Putin said. “His press secretary is a young, educated, beautiful woman — she herself constantly confuses things. Miranda Devine, NYPost.

Putin’s obviously “cheek in tongue” comment was used by the media as proof of the truthfulness of their impression of Biden’s disastrous trip abroad. Anyone with a modicum of common sense would have to admit that if these exact words had been expressed about Trump, our shameful partisan press would have characterized them as proof positive of Putin’s opinion of him as his “lapdog”.

As Devine explains, in China’s and Russian culture “flattery is viewed as a potential prelude to hubris”. What Putin got out of the much-anticipated forum was confirmation of Biden’s weakness and even loss of acuity. Just watching the non-verbal behavior of Putin’s looks while Biden was refreshing his prepared remarks looking at his cards told the story.

Also, let us remember that Putin’s greatest need that of “controlling Europe by their dependency on Russian oil”, stopped by Trump, had already been granted by our present President. I would guess that after the meeting Putin began dancing the khorovod! But, it is a fact of life that sooner or later reality sets in and makes us look back at our behavior.

To use an example of wasted energy, I look back at a family memory, names not mentioned. In Cuba, we had young men that chose frequented buildings like restaurants and offices called “parqueadores”, which would park and retrieve your car for tips. In Habana, there was a well-known office building occupied by prominent attorneys. As part of Cuban’s personality traits, these young men became like family.

One of the Law partners had a son just graduated from law school. To give him some experience he assigned to him a charge made to the building’s “parqueador” of possession of marihuana cigarettes. The young man based his argument on the character of the accused. Unknown to him, his father (being more safe than sorry) called his friend the Judge to alert him about his son. The defense kept bringing prominent witnesses from the building that spoke of the accused as a hard-working, honest young man, etc.

After half a dozen witnesses and more to come, the Judge called the young lawyer and whispered, “I already talked to your father and will free the accused, but if you continue I will also be obliged to give him a Medal of Honor”. Our media and their “useful fools” acolytes will soon experience the same reality testing as in my described anecdote.