The Patriot Observer
Home Politics Tale of the Three-Amigos 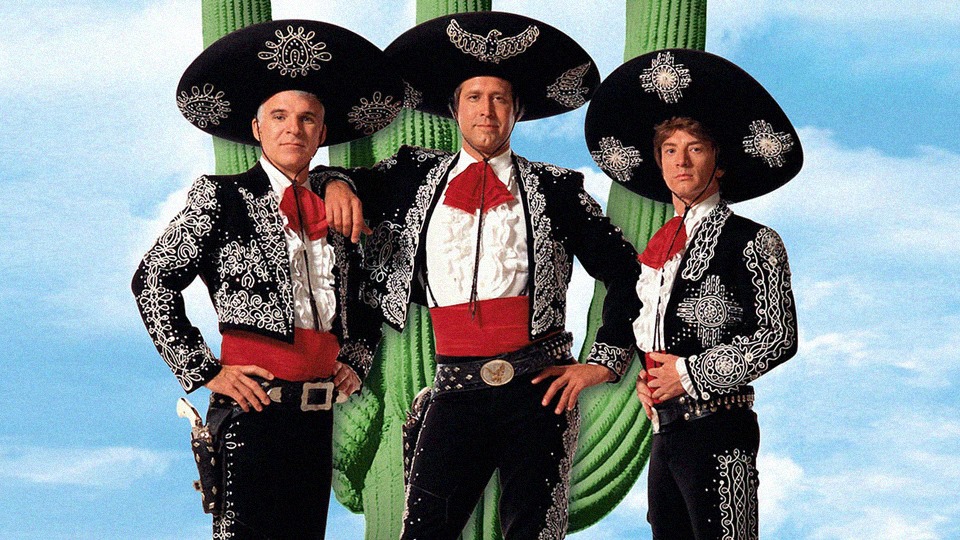 Well friends, it appears as though the Circus is over – for now anyways. While there were some more testimonies since my last narrative dealing with the pocket-size Lieutenant Colonel Vindman, honestly, I didn’t think the rest of the testimonies were worthy of my time or yours – they were, in fact, more-of-the-same. Quite boring if you ask me.

As far as I am concerned, the only other testimony deserving of some attention though, was that of the Ambassador to the European Union, Gordon Sondland. I felt Sondland’s testimony could best be characterized as somewhat of a concoction – a bit naïve, a bit stupid, a bit hypocritical, a lot betraying. Presumably, many of the witnesses who testified before Sondland, referred to the latter as one of Trump’s insiders together with what came to be known as the “Three- Amigos”, that is, Sondland along with Kurt Volker, former special envoy to Ukraine and along with Energy Secretary Rick Perry. For those unfamiliar with the term “Three-Amigos”, it refers to a 1986 comedy film where comedians Steve Martin, Chevy Chase and Martin Short are mistaken for heroes by the suffering people of a small Mexican village.

Anyways, as one of the Three-Amigos in our impeachment comedy, ambassador Sondland was referred to by most all other witnesses as one of Trump’s staunchest supporters / culprits – one who, along with Rudi Giuliani, had become, in the Democrat’s eyes, Trump’s most vocal envoys to carry out the alleged quid-pro-quo scheme in Ukraine. Ironically, prior to Sondland’s testimony, I myself had wondered: Why would Democrats want a presumed Trump ally to testify? Within seconds after listening to Sondland’s testimony, however, I was able to answer my own question. It was very evident, this Sondland was but another rat on the witness stand.

Just like that, Sondland’s testimony had turned 360◦ against Trump. No sooner had he opened his big mouth, no sooner one could tell this rat wanted to disenfranchise himself from anything and everything that would suggest any kind of loyalty to Trump. Matter of fact, Sondland came very short to rendering a “guilty-as-charged” verdict against Trump.

As would be expected from any rat, in his testimony Sondland came through to the audience as, untruthful, unprepared, uncertain, etc. Again, as far as I was concerned, one of the most pathetic performances in all the hearings was this double-crosser. Mind you, I have more respect for those who showed their obvious and sincere antipathy for Trump, than I do for this shady character who had no problem jumping off the band wagon for the sake of saving his own ass.

Now, as to what can we expect next. Not hard to figure out, right? Yes, there will be Articles of Impeachment drawn against President Trump. Hello. I mean, despicable Adam Schiff, one of the most hateful characters in today’s political arena of mud and sludge, could not, even if his life depended on it, pass on completing the impeachment charade, could he?

So, yes Trump will be impeached by the House and then it will go to trial at the Senate floor where, as far as I am concerned, there will never, ever be that super-majority vote needed to carry-out the impeachment. End-of-story. Again, in the end, much like the Muller-Russia hoax, the American people would have been put through a total and complete waste of time and taxpayers’ dollars, all the while as these Democrats have, once again, wasted valuable government time on this impeachment business, while our nation’s business, was left totally unattended. Way to go rats.

Anyways my friends, I am personally walking out of all this, having drawn some rather important lessons, which I am compelled to share with you for whatever they are worth. First and foremost, as I mentioned in my last narrative, it became obvious to me that this administration is full of betrayers and traitors. I can tell there are, to this day, many Obama hold-backs and leftovers, still, presumably, working for and being paid-by the Trump administration.

I will put it to you this way, from my standpoint, absolutely nothing that has a tie to Barack Obama, is good enough to serve in Donald Trump’s administration. I mean, come-on, let’s not forget how we got here to begin with. This Obama, SOB, I maintain, is largely responsible for the nation’s transmutation to becoming a Communist Republic. Consequently, if I may say so, none of these holdbacks can be any good to this administration, can they?

Notwithstanding Trump’s brilliance, I think he should “clean-house” of all the rats, such as this Vindman colonel, as well as many of the rest who have testified against him in the hearings. Don’t make much sense to me to employ and/or pay someone a salary knowing that he or she despises me, right? Well, there are many “Never-Trumpers”, still, to this day, getting a paycheck from a boss they hate passionately.

My next takeaway is equally if not more relevant. I think it is very important that Trump begins to use a little more precaution as to how he handles affairs such as this Ukraine business. If I were in any kind of advisory capacity to this administration, the first thing I would advise Trump, would be to try and keep some of the nation’s top confidential and private matters quieter.

For starters, I would be very hesitant to trust those around me to participate in sensitive phone calls made to the President of another nation. Frankly, I cannot understand why there were so many people, listening-in Trump’s conversation with Ukraine’s President Volodymyr Zelensky. I thought that was a tactical mistake on Trump’s part, as was having Rudi Giuliani speak-out about his role of investigating the Bidens. Personally, I love Rudi, but I also think, at times, he speaks-out his mouth over and above the line of duty in his capacity as personal lawyer to the President. As far as Trump is concerned, knowing Rudi the way he does, I would keep him on a tight leash when it comes to speaking in public – can’t hurt, can it?

Make a long story short, for all his smarts, I think Trump brings upon himself a lot of unnecessary problems and headaches. Ironically, the very reason this happens, in a way, is also the reason that he is who he is. As we all know by now, one of Trump’s signature traits which won him the presidency and the vote of more than sixty million Americans is the fact that he is not a “political” animal. He is not part of the elitist, politically correct “Swamp”. All the contrary, the man is genuinely outspoken, and tells it like it is – like it or not. The man is candid, vocal and forthright – too much maybe, which, at times gets him in unnecessary and unneeded problematic and compromising situations.

In my humble opinion, Trump’s unique self-assurance, sometimes lets him get carried-away – at time he tends to run through mine-filled landscape full of booby-traps where he should be tiptoeing instead of running. Then again, there is the old cliché: “a leopard never changes his spots.” Will and should Donald Trump change? I don’t know about that. There is so much good that has come from being who he is that maybe trying to change it is not such a good idea after all, is it? One way or the other, the point I am trying to make is, time and time again, I have seen Trump, bring upon himself problems he really did not need, if only because he either trusted the people around him when he shouldn’t have and/or he has let himself get carried away in things he never should have said – at least not publicly.

In summary, I am nobody to advise the President of our nation on what or what not to do. I can only say, however, that much of what I saw in these impeachment hearings, could have been avoided, had he [Trump] exercised a little more discretion.

I also think Trump should clean house of all the Obama leftovers. From this point on going forward, I would be a little more cautious as to who I choose to have as part of my administration. Matter of fact, in this Ukraine scenario, I would have had the Bidens investigated fully to get to the bottom of what is an obvious corruption case, albeit, I would have done it discretely, sparing myself from this impeachment spectacle and possibly bringing to justice the true culprits of a Ukrainian quid-pro-quo scheme.

In ending, I must remind us all of the cliché that says, “something good always sees to come from something bad.” Notably, most of the nation’s polls seem to indicate that the impeachment hearings have not swayed many Americans to support the impeachment of this president. Matter of fact, it is the other way around. It seems like Trump has gained popularity as the Party’s fundraising as well as his, have shown a sharp rise in contributions, since the start of the Circus. Judged by this criterion, friends, we can safely assume to be well on our way to a re-election of this president, for which, if you think about it, we need to be grateful to Adam Schiff and all the other rats that carried-on with the three-ring Circus. It appears as thought, the circus has bolster the chances for a Trump re-election in 2020. So… how about thanking the rats. We can’t be that ungrateful, can we? May God save us, and may God save America.
10

Can’t See The Forest For The Trees!

Are you a White Supremacist?

Is This The President of the U.S.?

ABOUT US
The Patriot Observer is dedicated to bringing you the real story from the source, without the left-wing spin.
Contact us: contact@patriotobserver.com
FOLLOW US
© Copyright 2021 Patriot Observer. All rights reserved.