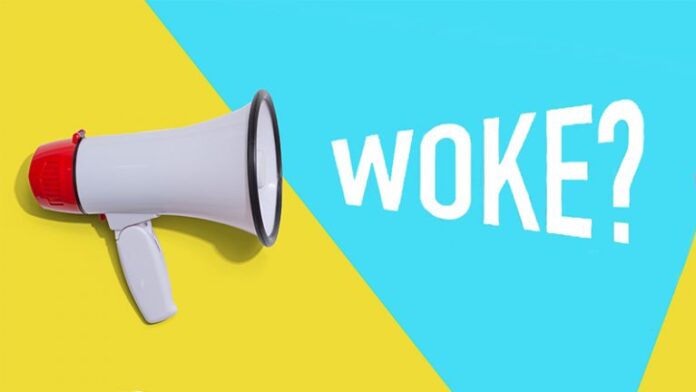 I am writing this article at the request of my lifetime good friend, Claudio Remirez. Last week, I received a phone call from Claudio who lives in Seattle, Washington. Claudio is, as I am, a staunch conservative – a diehard Republican who shares in our collective uneasiness of the fundamental changes and transformation now taking place in our nation.

Claudio brings to my attention a topic, which should be of immense concern to each and everyone of us. I ask you to please, pay close attention as the Left is manipulating this extremely sensitive issue right under our very noses, even though there is seldom any mention of it, notwithstanding the fact that it may have serious repercussions on the future well being of our great nation.

So, the subject matter I am talking about has to do with a prevalent wave to demilitarize and/or transform the essence of our military to where our enemies can and will take advantage of a vulnerable United States. My friend Claudio could not have put it any better when he said, “this may very well be the coup de grâce shot, or deathblow shot administered to end the suffering of one mortally wounded” – the final blow to the communization transformation of the United States now in full progress.

So, all of us who have been exposed to communism like we Cubans have, we all know how, they [the communist], are quite adept in using words, terms, expressions which become an intrinsic and inherent part of a lingo, a dialect, or a vernacular where such words are associated with self-serving agendas, albeit deceivingly intended to program or re-program people’s minds into blindly accepting their evil ethics regardless of the adverse consequences that may ensue from such adoptions.

One such term that has gained traction under the communist regime now ruling our nation is the term “Woke” – a word that refers to the awareness of issues that concern social justice and racial justice. Woke resurfaced in 2014, during the Black Lives Matter movement, as a label for vigilance and activism concerning racial inequalities and other social disparities such as discrimination against the LGBTQ+ community, women, immigrants, and otherwise presumably marginalized populations.

So, what if I told you that, beginning with the cancerous administration of the Manchurian Candidate Barack Obama, and now continued under the Biden administration, there is an all-out crusade to apply and utilize “Woke” and “Wokeness” as a systemic culture-transformation vehicle to a new army composition. Secretary of Defense Lloyd Austin and President Joe Biden are turning our military into a “Woke” force – an extremist version of “political correctness”, whereby the Pentagon is now plagued with military leaders now finding political-swamp ways to minimize the lethality and readiness of the forces under their command, gradually replacing our prowess for a pandering correctness – very, very scary, I may add.

As you all know by now, I only deal in facts as opposed to inferences and ambiguities. So… it is no news that, in this our new Socialist United States, there is an all-out movement aimed at eliminating gender distinctions, to where they are trying their best to make us all believe we all, men and women, are biologically the same, when we are not – a topic for discussion another time.

Point being, as we speak, as of the time I am writing this narrative, there is a whole host of new Pentagon “Woke” regulations, better designed to suit gender issues rather than military issues as such. Some of the new regulations include but are not limited to hairstyles for women; allowance of pregnant women to wear maternity flight suits, etc. This, all the while as our common enemies, China, Russia, Iran, North Korea and the rest, work their way to assembling powerful armies, contrary to Biden who says: “we need to become “more feminine…”

Only last January, the Biden clown signed an order revoking former President Trump’s ban on transgender people serving in the military. Earlier this month Biden issued his “Interim National Security Strategic Guidance” plan quickly embraced by Secretary of Defense Lloyd Austin. In his “Security Guidance” plan, Biden, instead of dealing and addressing all the perilous challenges now facing us, he centers his attention, instead, on climate change, and ‘racial justice’ for the LGBTQ rights. Nothing in the “Guidance” really qualifies as national security strategies, other than an expressed desire to use diplomacy instead of military might.

As a matter of record, two of the nations’ most important defense operatives, to wit, the army, and the CIA, both, have undertaken to wage an all-out effort to recruit people from all backgrounds – a “Woke” effort in the creation of a new “Woke” army. In a new recruitment series labeled “The Calling”, the army showcases real soldiers telling stories relative to their “gender” disorders. The series, first shown in YouTube, was met with significant upticks of negative commentaries regarding the new wave of army “Wokeness.” Among others, the army released a recruitment advertisement featuring a lesbian wedding, as though gender-crossing in marriage would in some way, somehow, result in improved military readiness and national security.

The intent of “The Calling” series, the Army says, is to “close the relatability gap between the Generation “Z” and the Army. Again, an all-out effort by the administration to promote a re-programming culture of renewed gender identity – a misleading culture readily found nowadays at all levels of our educational system, inclusive but not limited to children at the elementary-school level. Yes, an integral part of Obama’s fundamental transformation commitment made five days before the cusp of his election as President of the United States, now faithfully adopted by his puppet Joe Biden.

The army, however, is not alone in their efforts. The CIA, [Central Intelligence Agency] once known as the nation’s bastion of defense intelligence, with a mission statement that was all about country and patriotism, is now the laughingstock of our adversaries; now, all about the accommodation and promotion of transgender practices, again, as a means of transforming this once prestigious civilian government intelligence agency into yet another government “Woke” promoting agent. A new CIA recruitment video has been widely ridiculed as an unnamed CIA officer, described herself as an “intersectional cisgender millennial.” The CIA clip sparked fierce reaction with online users who labelled it – “Woke.” The world is laughing at us, some said, as Donald Trump Jr. tweeted: “China and Russia will love this.”

So, anyways, I do not need to tell anyone, the Socialist / Communist Democrat administration of Joe Biden has been rather predictable. Most all, if not all the strategies thus far, have been a reversal of Trump’s policies, regardless. Whatever Trump did, regardless, had to be reversed, no matter if  his policies were in the best interest of the American people – we, the people, are not in this administrations’ best interest, which goes a long way in letting us all know what they [Democrats] are all about, doesn’t it?

Now, amongst all the reversals, the transformation, the permutations suffered, [the] one least talked about, least mentioned yet probably [the] most dangerous of them all, is the strength and/or the weakening of our military. Curiously, last week on Friday, May 28th, which marked the beginnings of the long Memorial Day weekend, very inconspicuously the Biden administration announced a new $6 trillion dollar budget, of which there was not one cent allocated to increase our Homeland Security and a meager 1.7% was allotted to National Defense – the latter becoming a “negative” increase if we factor the nations’ current inflationary trend.

So…you figure it all out folks, just think about this, from day one in office, Donald Trump concentrated all the powers of his job to put into place a diverse array of policies aimed at strengthening our military and our defense as he systematically addressed all the deficiencies he inherited from the Obama impostor. First and foremost, Trump increased defense outlays by 25% between 2016 and 2020 – an increase in funding greater than the entire military budget of any nation other than China. All in all, we can conclude that Donald Trump did all he could to improve our “military readiness,” as well he should have.

Vis-à-vis, our now clown, socialist, liberal President, and his corrupt administration, if you think about it, have done everything and anything in their power to weaken, to destabilize, and to undermine our military and our defense strength. It shows in a proposed budget that vigorously ignores, disregards, and dispenses the much-needed military defense requirements of, presumably, the most powerful nation in the planet. Then again, this may well be based on Biden’s renewed Socialist / Communist strategy in which a new army, a new navy, and a new CIA, are all manned by the new “Woke” recruits from within the LGBTQ community. May God save us and may God save the United States of America.