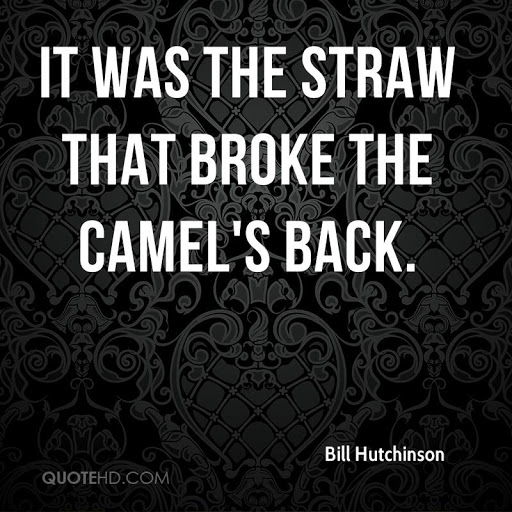 As recently as yesterday, Tuesday, May 22nd, 2021, Senate Republicans blocked a sweeping bill to overhaul federal elections. Better known as “For the People Act” and/or the HR1 Bill. Senators voted 50-50 along evenly divided partisan lines, failing to get the 60 votes needed to overcome a GOP filibuster, which I will discuss in detail further along this article.

For the record, this HR-1 bill was all but the end of democratic elections in the U.S. The bill was all about a vulgar and unscrupulous attempt by democrats to “federalize” the conduct of elections and trample states rights in establishing their rules and regulations governing elections. Among others, states would have no choice but to accept same-day registrations; states could not require voter ID; they could not remove inactive voters from the rolls; could not work with other voters to try and find duplicate voters registrations, etc., etc.

If you think about it, most all, if not all the proposed changes included in the HR-1 bill coincide with voting eligibility practices that were swiftly and conveniently adopted during the COVID-19 pandemic – albeit, all of which, facilitated the massive voter fraud in the 2020 elections, which in turn, as we all know, made possible for Joe Biden and the democrats to win the elections

Wisely, the Dems, immediately thereafter sought upon making all the voting changes made to accommodate the COVID-19 permanent. Why not? After all, each of the proposed measures in the HR-1 bill were there to ensure and guarantee that voting election results could be conveniently manipulated to make sure they [Democrats] won again – perpetuating, if you will, their staying in power. The passing of the HR-1 bill would ensure, among other things, that dead people could vote; that anyone could vote twice or more; that felons and criminals could vote; that newly-arrived south border illegal immigrants could vote, among others.

You would figure my article today is all about this HR-1 bill, but it is not. As I said at the opening, the bill was blocked at the Senate floor with a split 50-50 vote failing to get the necessary 60 votes for passing – meaning that for this bill to pass it would have taken 10 Republicans to vote with the democrats. These 60-vote majority rule is known as, “the filibuster rule.” For the record, this filibuster, nowadays, is a pre-requisite necessary for most all legislation to be passed into law.

Now, let me put it another way for you. Had it not been for the filibuster, the HR-1 bill would have been a sure bet for the democrats, ditto for many other out-of-control radical legislation that democrats are trying to introduce as part of their radical agenda in their fundamental transformation crusade, started back in 2008 by the Manchurian Candidate, Barack Obama.

My dear friends, followers, fellow-Americans, I think we all, everyone of us should thank God, every hour, every minute, every second for the filibuster rule, which, if you really think about it, is about [the] only shield left between our old Constitutional Republic and a new Communist State. As such, given the immeasurable role that this filibuster role now plays in the major scope of things I thought it would be in our best interest to become a little familiar with this seemingly inconsequential practice, yet one detrimentally significant to our remaining a democratic nation.

A quick-witted history behind the filibuster practice. In the U.S., filibuster is a tactic employed by the minority Party opponents of a proposed law to prevent a proposed bill from being brought to a vote. The term filibuster comes from a Dutch word meaning “pirate”, however, the term is synonymous with “delay”, “hindrance”, “interference”, “postponement”, etc. When first adopted, in the 1837, senators would speak for hours on end, endlessly as a means of delaying the vote on a bill.

As you well can imagine, the speaking marathons, better known as a “talking filibusters” eventually became boringly impractical so they were swiftly changed in 1974, to now require only a simple three-fifths majority vote [60] to invoke cloture / closure – a motion or process in parliamentary procedure aimed at bringing debate to a quick end. Nowadays, cloture has taken on whole new dimension. As we speak, all that the minority, to wit, Republicans, need to do to prevent a bill from ever reaching the floor is simply to threaten to filibuster. Debate never begins. Real filibusters almost never take place. This practice better known as a “silent filibuster”.

Given what I just said; given the boundless repercussions that the filibuster represents in terms of our ability to pass laws in a manner consistent with the very foundations of our Constitutional Republic as willed us by our forefathers, it is not a strange coincidence that Democrats with the full endorsement of the Joe Biden clown are set on eliminating the filibuster and/or are now steadfastly looking to, at a minimum, finding new ways to reform filibustering. Dangerous!

The radical Left-wing democrats, backed by Joe Biden are now looking to completely gut the filibuster. While still in place, with the filibuster, Democrats face serious challenges in getting any of their radical bills signed into law. Bottom line and summary, first, we should all be thankful that the HR-1 was blocked at the Senate floor, moreover however, we should all be thankful we still have filibuster – the latter, just about [the] only remaining buffer preventing us from becoming another Cuba, another Venezuela – the last straw remaining before breaking the camel’s back! May God save us and may God save the United States of America.