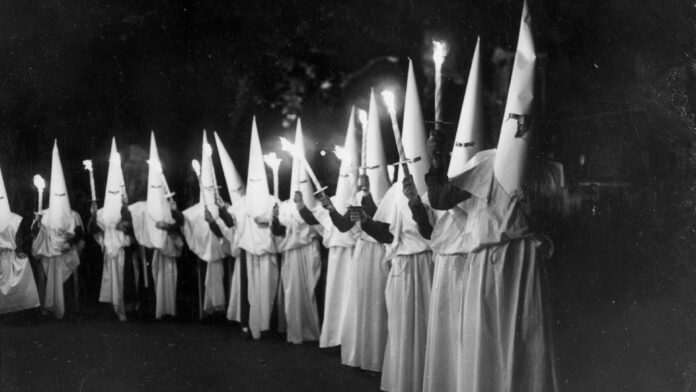 White supremacy or white supremacism is the belief that white people are superior to those of other “races” and thus should dominate them. The belief favors the maintenance and defense of white power and privilege. White supremacy has roots in the now-discredited doctrine of scientific racism and was a key justification for colonialism. It underlies a spectrum of contemporary movements including neo-Confederates, neo-Nazism, and Christian Identity.

Much has been said and anecdotes of a monster named Bigfoot’s existence and dangerousness. After much investigation and multiple allegations the existence of such a monster, or a plethora of them, has not been proven. Today we have been told by sources in high places, the latest being our highly esteemed President Joe Biden, that we face a new danger. These new monsters are not only everywhere but are so terrifying that are worse than the worst terrorists like ISIS and Al Qaeda. This alert made me go into action. I must find these people, where they are, where they have attacked and killed, to protect my family.

I searched for riots, destruction of property, burnings, attacks on authorities, etc. Looked at Seattle, Minneapolis, Washington DC, Atlanta, and others. Found the rioters, among them some of the white race. Alas, they were part of the BLM and Antifa movements that even with a peaceful majority voicing menacing slogans sprouted others that attacked, burned and robbed. No White Supremacists there!

Undeterred, I made a cursory search. If you are looking for murders, obviously the worst number would be found in Chicago. Bingo, in the first 4 months of 2021, 958 people were shot. Obviously, the white supremacists were involved! Failed again, most were black on black.

In fact, the latest stats shown of White Supremacist murders were 64 in 34 ‘terrorist attacks” in a 5 year period (2015-2019) with questionable inclusions like the Parkland tragedy.

But then there was the attempted takeover of our Country by the January 6 insurrection, compared to our Civil War and other awful events! No such luck, no arms found, no one killed except a female by a Capital police officer, and many rioters imprisoned. A minority were members of fringe “right-wing” groups with few followers and no hx of mass murders. Others were Trump supporters, some calling for calm and some agitating. Bottom line, a dreadful day but not an insurrection or an Isis-like terrorist action by the yet-to-be-found White Supremacist rebels.

How about KKK references? The most relevant was that of the death of ex KKK leader and recruiter and then-Senator Robert Byrd. Joe Biden called him, and I quote “a friend, guide and mentor. Every time I sat with Leader Byrd I never called him Senator. I called him Leader.”

My final deduction was that the terrifying supremacists were dead, all eaten by a tribe of Bigfoot. The extreme peril for our current D leaders comes from the over 70 million supporters of the last president. Trump, even with his disability of having expressed thoughts that leave him without consulting his brain, has policies that appeal to many – including 12% of black voters, more than the ones that voted for Obama.

Now, I can feel safe. Let the extremists from the left and the useful fools and media that follow them be fearful, because their days are numbered and “we the people” are waking up!