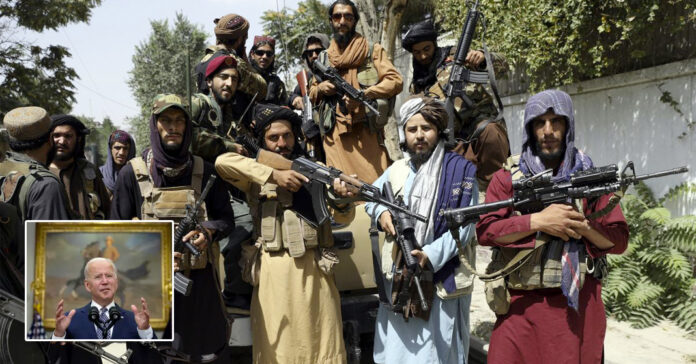 The Democrat party was in a conundrum. Either they surrender to the radical left and lose to what they saw as their worst enemy, or they use a façade of being bipartisan and moderate as they once used to be.

They went with Joe Biden and attempt to reshape his image and past history. As an old TV program use to say “will the real Joe Biden please stand up”?

Biden had always been the typical middle-of-the-road politician. Not overtly dumb, but also not too bright. On the negative side, he was known to lie to aggrandize his history, plagiarize speeches and statements as if he was the author, and having a “short fuse” when criticized by the media.

On the positive side, he was always a vote available if another Senator of either party needed it. That action gave him the label of being bipartisan, but in fact so did the clerk that delivers coffee to all members, Republicans or Democrats.

In a Nation rapidly being governed by career politicians that stayed in power for decades, as a form of enrichment, not “making waves” was an asset.

The Democrat leaders, in their desire to keep their leadership and not have overt opposition, followed the Goldilocks principle. Biden defined the “just right” dogma and thus was promoted Biden to lead several committees.

Senator Biden, even if he lacked intelligence in academic terms, was streetwise; and behind his modest and self-effacing, he allowed his family to exploit his contacts, taking a cut from their financial gains.

After becoming Vice-President to the very popular Obama, for the last presidential nomination he made a logical choice by his party leaders in order to counter the socialist movement. Disregarding the how, he won the post and took over the highest position in our Nation.

Instead of looking for more experience in his upcoming assessors, he formed a Cabinet from Obama’s second and third teams. He governed appearing to be mostly on his own but directed by someone, or a group yet to be known. Whatever!

His first 6 months have been more disastrous than our worse expectations. Being sold to “we the people” as not Trump he totally misunderstood the meaning.

Trump’s Achilles heel was his personality, thus he was supposed to be the antithesis, a uniter, level-headed substitute, not prone to emotional outbursts and/or twits. He instead dedicated himself to turn back every domestic and/or foreign policy – disregarding their effectiveness and without an appropriate substitute.

With an obvious performance deficit, his actual decisions were more akin to the Democrat radicals than the middle-of-the-road actions we were sold. His latest debacle and the most dangerous was the extreme mismanagement of the planned extraction of our remaining armed forces in Afghanistan.

Now, the whole world – allies and enemies – look at our country as weak and vulnerable. For a leader to appear feeble can only result, as we now face, in our friends leaving and our enemies attacking.

Now what? The Democrat Party played their hand and it was a loser.

From secure border to one that is now open to millions of traffickers and people from all over the world without proper vetting.

From energy independence to begging the oil cartels to produce and provide us more.

From a booming economy, paused by a pandemic, to a never seen spending spree, inevitable increased inflation, and now losing the World leadership and respect that we have had for over a century.

The blaming Trump policy has run its course. The ruling party is looking forward to huge electoral losses. Now, back to the drawing board, they are desperately trying to change our Constitution and separation of powers by the Federal Government assuming our election process, dominating the judicial branch, and maintaining eternal control as in Venezuela, while claiming democracy.

Be aware and place pressure on the few honest democrats in the Senate left, and the “weak” republicans that are such in name only.

Whatever our future is dubious at best, our population changed, and our children are being brainwashed.

We have to rebel, with our votes, words, and actions with or without Joe. If not, our descendants will only know of our country’s success by reading history books. Once there was Camelot…!