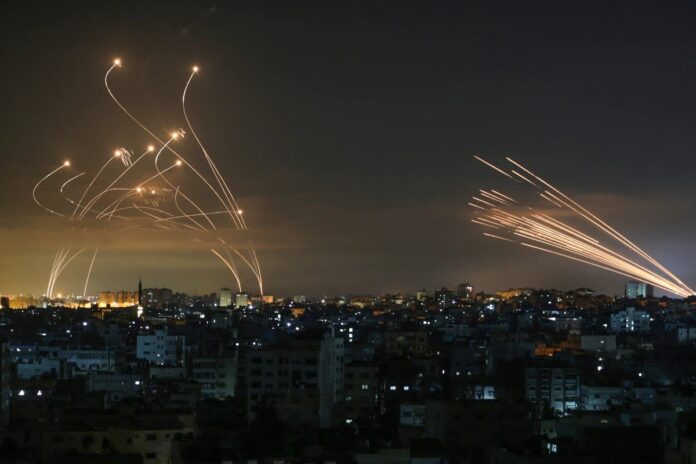 Much of what scholars know about Israel’s ancient history comes from the Hebrew Bible. According to the text, Israel’s origins can be traced back to Abraham, who is considered the father of both Judaism (through his son Isaac) and Islam (through his son Ishmael). From 1517 to 1917, Israel, along with much of the Middle East, was ruled by the Ottoman Empire. The Balfour Declaration and the British mandate over Palestine were approved by the League of Nations in 1922. The British controlled Palestine until Israel, in the years following the end of World War II, became an independent state in 1947. Throughout Israel’s long history, tensions between Jews and Arab Muslims have existed. Highlights in History.com

The differences between Jews and Arabs have not been initiated by the people, but by a region that throughout history has been dominated by different factions, and interests. In the present times and since the Balfour agreement that started Israel as part of the British Empire, it has become a symbol of the conflict between the Islamic vs. Western interests.

After gaining independence, Israel has been the only Democracy in the region and a partner of the EEUU. The present fighting is not, as many states try to confuse, between Palestinian and Jews, but between anti-Western radical Islamic factions and the United States and its allies. This anti-democratic alliance was recently made clear with the union between China, Russia, and Iran. Jews have been attacked and discriminated against for centuries, leading to their attempted extermination through the horrific events during Hitler’s fascist state in the Holocaust.

At this time, in the latest attack on Israel by the terrorist group Hamas, subordinated to Iran, both civilians in Israel and Gaza suffer. We feel compassion for all of them, but are clear of who is the guilty party. Hamas is a terrorist group that does not care for its citizens, to the contrary, uses them as shields to then expose the victims to accuse Israel. The United States should be clear and State that we support Israel.

This requires more than words, it has to be accompanied by statements that do not equate a defensive action by a Democratic State to a terrorist group, an arm of Iran, a sponsor of terrorism, a means to defeat our country and our values. The anti-Semitic actions seen in our country, led by fascist groups like BLM and Antifa, that have the support of many “useful idiots”, and that also promote the radical change of our traditions and history, starting with our children’s indoctrination, has to be exposed and clearly opposed.

I support Israel; consider Jews friends as I do everyone regardless of our skin, gender, or sexual differences. In Cuba Jews, as blacks were discriminated against even if legally accepted. Many had left Europe escaping from their personal dangers, to use Cuba as a stopover towards the US final destination. A great number loved our island and stayed, becoming a productive and important part of our economy and society.

I was lucky enough to have been educated in a non-Catholic, eclectic, institution, made many friends, and had excellent professors from the Judaism faith. This interaction continued in my many years as an exile In this country. The fact is, that love of family, adherence to independence, and the desire to achieve through personal sacrifice and hard work, are traits that Cubans and Hispanics share with them.

For all of the above, I claim without hesitation my support of the Democrat State of Israel, and my repulsion towards the actual anti-Semitic thoughts and actions.