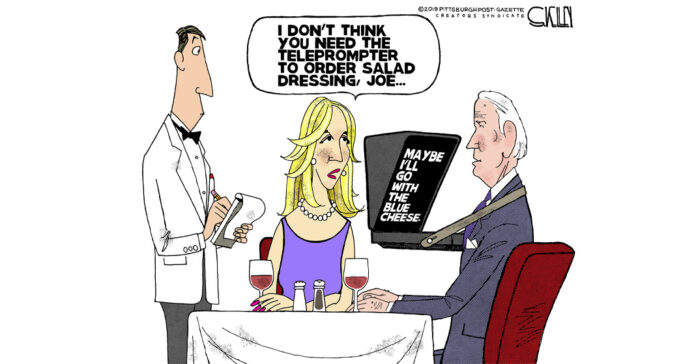 The job of these shadow presidents is to develop and publicize detailed policy positions they would implement if they had the actual job and thus show alternatives for the public to evaluate when deciding whether the party in power is doing a good job.

A Shadow President, therefore, would look at the issues going on in the country and issue policy positions to address them as is it were what the sitting President is offering. What it is, now what gives you the right to appoint yourself “The Shadow President?”

No one needs a right to appoint themselves to a position that does not exist. The question is who is calling the shots?

It is obvious he is not making the decisions in these extremely dangerous times.

Not our VP who is also AWOL, and has proven when tasked to solve problems as not up to the undertaking.

Not the Chair of the Joint Chief of Staffs, Gen Mark Milley that has been totally occupied by the analysis of his “white rage”.

Not the Secretaries of State and Defense that have shown in their TV appearances incapable of delivering a clear message.

Are we being led by a consortium of billionaire’s executives that are looking at China as their future? In fact, presently China has surpassed the US in their military force and is close to doing so in their economy.

If there was any doubt of Biden being a PINO (President in name only), this frightening realization was confirmed yesterday by our climate change Czar John Kerry.

A few weeks ago it was made public that the US and Great Britain had undermined a 40 billion dollar deal between France and Australia re: nuclear subs. France obviously was very upset about being blindsided and retired their Ambassador from our country. This was an extremely harsh move, considering France and the US are allies.

Yesterday, at the same moment Secretary of State Blinken was in Paris mending fences, Kerry was trying to resuscitate the climate Paris accord. In an interview with the French press, the question of the day was asked to him. Why did the US President acted so inappropriately towards one of his closest partners?

Obviously the Pino signed an international deal without reading or understanding what he was doing.

So the big question remains, who did, or as I wrote, who is now minding a store that has turned from extremely profitable to the verge of being bankrupt?