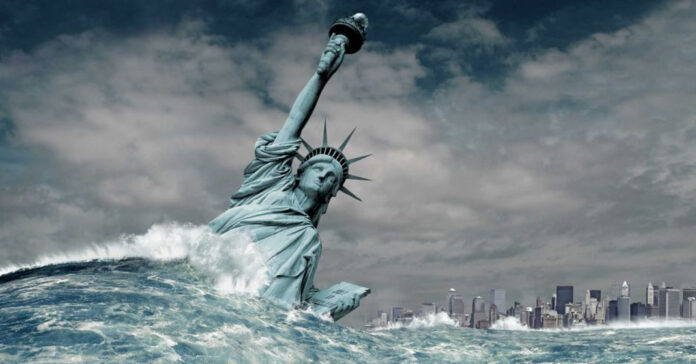 “Revolution is a very difficult task. It is beyond the power of any man to make a revolution. Neither can it be brought about on any appointed date. It is brought about by special environments, social and economic. The function of an organized party is to utilize such opportunity offered by these circumstances.

And to prepare the masses and organize the forces for the revolution is a very difficult task. And that required a very great sacrifice on the part of the revolutionary workers.

Let me make it clear that if you are a businessman or an established worldly or family man, please don’t play with fire. As a leader you are of no use to the party. We have already very many such leaders who spare some evening hours for delivering speeches. They are useless.

We require — to use the term so dear to Lenin — the “professional revolutionaries”. The whole-time workers who have no other ambitions or life-work except the revolution. The greater the number of such workers organized into a party, the great the chances of your success.”

Sometimes I think I am being obsessed, but then I realize that our liberty is slowly but surely being taken away from us and we, as lambs to the slaughter, are either ignorant participants, or leading this erosion.

This blatant attack on our system of government has been in effect for decades. A combination of educators, media and politicians has made inroads dividing the population into groups by race, gender, religious practices, and financial status. Divide and conquer is the idea.

After being told that being American is not important anymore because we are being discriminated and subjugated by Anglo American white males because of our belonging to a subgroup, African- American, Hispanic, Asian, gays, females etc., we became convinced that because of this we needed assistance and special privileges.

Presently many of these minorities are being held hostage by the same forces that transformed them to their inferior status by the idea of low expectations. In fact, many live oppressed by forced dependency, and false promises.

Another main battle being lost is freedom of speech. Political correctness is nothing other than censorship, and its consequence is speech regulated by a “mob mentality”. The basis of freedom of speech is the acceptance of vicious forms of communication.

Once you allow a majority of people dictating what is, or not, malicious and unacceptable, speech becomes subjective and thus not free. This is the rule in oppressive ideologies like Fascism and Communism.

The movement towards eliminating liberty and dominating the people is not exclusive of our country, but we might be the last bastion for its defense.

Let us be clear; the forces behind this effort are led by politicians of both parties, but mainly the Democrat, now Socialist, the mainstream media, educators, capitalists, all followed by brainwashed useful fools.

I have come to realize that all these factions are now united in a pathological frenzy against our last president, Donald Trump. But time is running out! We are not at the beginning of the end, but at the end of the beginning.

It there ever was any doubt or an assurance of saving our way of life through elections, this approach is rapidly diminishing. Yesterday we found out, and not denied by the perpetrators today, that an act of treason by military, civil and political leaders was perpetrated against the “lame duck” president Donald Trump. The excuse was that Trump might start a war with China, or engage in a coup to stay in power.

Forget that our Constitution has a way to defeat this challenge as written in Section #4 of the 25th amendment. Also ignore the fact that a President can’t order a nuclear strike by himself. The whole idea was based on Trump’s insistence that he lost the election via fraud, an utterance that none other than Hillary Clinton still speaks of after 4 years.

Also the real “big lie” that of the “insurrection” of January 6, a regrettable illegal breach of our Capitol building, that it is still repeated even after the FBI concluded that there were no one armed, no coordination, leaders and the only death was of an unarmed civilian by the Capitol’s police.

But what makes “we the people” close to a precipice with wind pushing us is the reaction to the alleged treasonous act. Most of the MSM referred to the participants as heroes, instead of asking for severe penalties for their actions. And our present leaders stated through their representatives that the events were a response to Trump’s “intentions”. Such a lame excuse!

We shall destroy our Constitution and subject our way of life to an oppressive control because it was our Forefathers’ “intention”.

It is time to act!

We still have our voices, our ability to express ourselves, our purchasing power, and the freedom to watch, speak, think, educate, and vote, damn the “wokes” and corrupt politicians.