Home Politics How Sweet It Is! 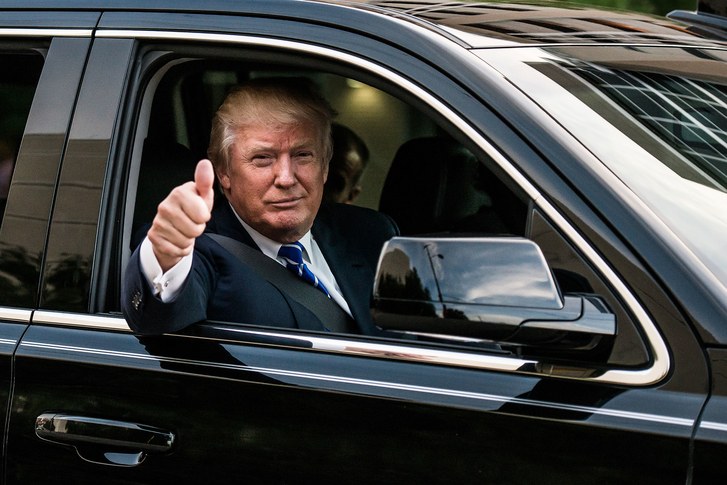 First, I want to congratulate the nation for prevailing – for our win in the nomination of Brett Kavanaugh as Justice of the Supreme Court of the U.S. I personally believe that, as time goes by and other generations look back in history, this day will be remembered as nothing short than a referendum on good vs. evil where the former prevailed. Throughout it all, there were some key figures who I believe made it all happen for the better – figures whom we should all hail and be especially grateful to as a nation, only because their individual and collective rising to the occasion may have, in fact, changed the course of history and the future of this nation – significant turning point, I may add!

My first vote of gratitude goes to South Carolina Senator Lindsey Graham, for the gallant way in which he stood-up to all the hypocrites on the other side of the aisle. My next vote goes to Senate Majority Leader Mitch McConnell for his swiftness in making the closure vote happen despite an army of militant opposers trying to derail the nomination. However, my top award as [the] most significant role in Kavanaugh’s win goes to Maine’s Senator Susan Collins. Senator Collins’ speech on the Senate Floor yesterday shall forever remain as one of [the] most memorable moments in political history, albeit the most memorable one in recent Senate history – a benchmark speech which gave credence to the true character of Americans in this, the greatest nation on the face of the earth. The courage shown by Senator Collins in her stunningly marvelous speech will, no doubt, serve us all well as a reminder and inspiration of what America is all about; a new breath of hope for all. – As far as I am concerned, Senator Collins’s speech was [the] final thrust needed to win the nomination, most probably serving to sway the swing votes of Republican Senator Jeff Flake and dissenting Democrat Senator Joe Manchin.

From my perspective, the Kavanaugh win, goes well beyond a partisan victory of a Justice to the Supreme Court of the Land – much beyond I should say. The Kavanaugh win, to me, represents a light at the end of the tunnel – the same light that lit us when Donald Trump was elected President in 2016. Frankly, I have been rather pessimistic as of late regarding the future of this great nation if only because of the astounding polarization prevalent amongst the people of the land; amongst races, classes; amongst all – even to where ‘sports’ one the last remaining political sanctuaries is to be no more, as even the NFL now shares in the divide with the repulsive anthem-kneeling controversy.

I had gone as far as predicting an inevitable coming of another Civil War if only because I see an upending hatred, divisiveness, and loathing towards one another, such as that historically seen in the political landscapes preceding the takeover of Totalitarian regimes – of Communism throughout past history. I am not altogether sure that we are out of the woods just yet; not even with the Kavanaugh victory, however, I can’t help but rejoice in the moment as it brings renewed optimism in the fact that Americans are finally awakening to a reality which we all watched together, this time around succinctly confined to our T.V. receptacles during the last four weeks of the infamous Kavanaugh smearing campaign.

In the last few days, we were all able to watch live and in color the perversity of a well-entrenched militant cadre of disdainful hypocrites, who are not willing to stop a nothing in their quest for power. Let’s not forget that Karl Marx believed that a socialist movement would develop rapidly in the U.S. because: “Socialists would take over the Democratic Party.”

I promised myself that I would keep this narrative today short and straightforward. I am rejoicing in our victory today. The Kavanaugh factor, as I have come to label this ugly chapter, represents, again, a renewed breath of optimism in the fact that there are more good Americans out there than scoundrels such as those we saw trying to ruin the life of a great man. I truly hope that all the rats in the Senate Judiciary Committee will rot in hell and turn blue with envy in yet another major defeat, such as the one they all suffered back in 2016 when Donald Trump was unexpectedly elected to become our president.

For the record, I am hopeful our GOP party will keep both the House and the Senate in the Mid-Term elections as well as win the presidency again in 2020. Come 2024, I am proposing a presidential ticket of Graham and Collins.

As far as all of you progressive leftists [communists] I summon you to leave the U.S., go with George Soros and take your revolution elsewhere -Venezuela, Cuba maybe! There is a great fit for you all in these countries. They love to clinch their fists there just like you do, ask any Venezuelan or Cuban in exile – they’ll tell you.

In ending, I will say this, I feel truly sorry for all women in America who have been the victims of sexual assault and sexual harassment. I think that Dr. Christine Blasey Ford, has done you, nor the women in the “Me Too” movement, no favor at all. I am sorry to say but I cannot be as sympathetic or empathetic towards Dr. Ford, as I was when I first heard her testimony in the Senate last week. At first, she came through as a truly credible witness. With every day that went by, however, I found her testimony to be less and less credible. Matter of fact, I am not going to be as politically correct as most everyone in the nation has been with the woman.

After-the-fact, in the aftermath of her testimony, I think Dr. Ford’s credibility dwindled as more and more holes were poked in it. I can accept and understand that this woman could have been the victim of some sexual attack by someone. I cannot accept, nevertheless, that anyone, not her, not anyone, would bring false allegations in front of an entire nation about a person’s character unless they were 100% true and could be factually corroborated – just look at what her allegations have done to this man and his family.

I think the good doctor needs professional psychiatric h, including therapy to recover the lost memory. Moreover, I think she needs to be treated for ‘character assassination’. I blame all the people around her; her lawyers; family; democrats; the Washington Post and all accomplices who brainwashed this woman into believing her unfounded and isolated fabrication of facts. As far as I am concerned whether it is a trauma and whether she believes her story to be true, her allegations were not corroborated at all, thus making her narrative a complete and utter farce – enough of the politically correct diplomacy – only problem…her flawed allegations could have, in fact, changed the course of a nation. You think about it! Enough of this walking on eggshells with this Dr. Ford. I truly hope that she and her lawyers are sued for libel and character defamation. Small price to pay compared to all the damage done.

Anyways my fellow-Americans, I am a happy camper today. I am going to go out and celebrate our victory for whatever it is worth – even if is just another battle in a greater ideological war that is here to stay. Today, and for now though, there is cause for celebration by all honorable Americans. As noted, I have praised those whom I find to be responsible for today’s win, nonetheless, I have not praised the ultimate responsible for it all – that is, I have not praised God, who made it possible for Democracy, the Republic, and the rule-of-law to prevail over the “deep-state” conspiracy to detach this nation from His omnipotent powers to make it all possible. May God save us always and may God save America. How sweet it is!

Russia’s New, Nuclear-Capable Cruise Missile And What it Could Signal for...