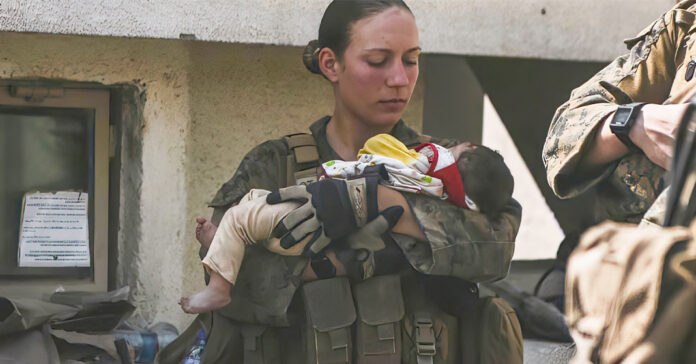 A woman who cradled a baby in her arms at the airport and posted on social media that she loved her job. A young husband with a child on the way. Another man who always wanted to be in the military. A man who planned to become a sheriff’s deputy when his deployment ended. Heart-wrenching details have emerged about some of the 13 U.S. troops killed in a horrific suicide bombing at Afghanistan’s Kabul airport, which also claimed the lives of more than 160 Afghans. Eleven Marines, one Navy sailor and one Army soldier were among the dead, while 18 other U.S. service members were wounded in Thursday’s bombing.

For two-thirds of my professional career I was privileged to lead a group of dedicated persons, many veterans themselves, to try and make bearable the inevitable scars that body and soul suffer while serving in the Armed Forces.

I know for a fact that any action by you or any of your mates is suffered by all. You taught me that as soon as you placed the US uniform on, you ceased to be an individual, to become just a part of a bigger self, your unit, your service branch, the other branches, the purpose of being, and the duty given by God as protector of your Nation and its values.

Any act of heroism, sacrifice, wound, and even death was felt by all as you were part of it as well. I have to thank all of you that I met, as you gave my life purpose and an example of dedication, patriotism, and self-sacrifice that not many others achieve. This is why, watching the bodies of the 13 latest of you that lost their youth and future for the rest of us, my heart aches and eyes tear.

If only, at least in this day of mourning we could all follow your example and be just a small part of one, regardless of skin color, gender, beliefs, and politics some achievement could be felt. Because you taught me the facts, we are all different cells that form a body. And only this union could survive and will fight against any attempt to divide us. We live as one, and die as one!