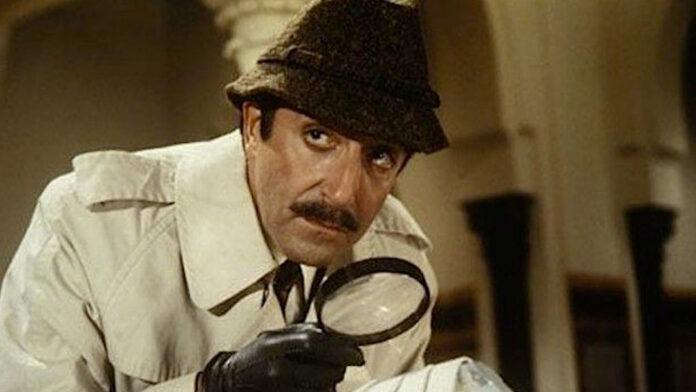 Our services are inspired by Closeau, an inept and incompetent police detective in the French Sûreté, whose investigations quickly turn to chaos. His absent-mindedness almost always leads to the destruction of property: while interviewing witnesses in he falls down a set of stairs, gets his hand caught in a medieval knight’s gauntlet, then a vase; knocks a witness senseless, destroys a priceless piano. Despite his lack of judgment and skill, Clouseau always solves his cases and finds the correct culprits, often entirely by accident. His incompetence, combined with his luck and his sometimes correct interpretations of the situation, frustrate “we the people”.

The FBI Director and other Chiefs appear convinced of their own expertise and intelligence, but do show some awareness of their limits, and attempt to appear elegant and refined regardless of the latest calamity they have just caused. Following the teachings of police detective Clouseau, they also insist upon wearing elaborate disguises and aliases that range from the mundane (a worker for the phone company) to the ludicrously preposterous (a buck-toothed hunchback with an oversize nose); but even in these ridiculous disguises, they cannot hide their characteristic inanity.

We have been forewarned by everyone within our leaders, ad nauseam, including both the FBI director and our Attorney General. We are facing an actual threat from an extremely well-organized group that is commonly known as Neo-Nazis or White Nationalists. This group is many times more of a threat than Al Qaeda, Hamas, Hezbollah, or Nations like Iran.

The consequences of the actions from these groups, if not abated, would be catastrophic; worse than our Civil War or 9/11. All these warnings have been repeated by prominent politicians and the media. It should scare the bejeezus of every honest person living in our beautiful country. What has been more nerve-racking is that our authorities so far have been unable to find a single one. This fact is also baffling as our crime rate, riots, murders, and other crimes have increased.

Not to be deterred, these criminals have only received brief, if any, time in our prisons so they would be ready and available for our homegrown terrorists. Since I am retired and have time, I have examined our threat thoroughly.

I am satisfied by our IS techniques as they follow the teachings of none other than famous French detective Clouseau, as detailed above. I also had a minor contribution when I caught a terrorist shaped like a dog, as I published some weeks ago.

This suspicion was also repeated yesterday by none other than Tucker Carlson that also spoke of their being shapeshifters. Another recently debunked theory was the linking of the unfortunate January 6 illegal action in our Capitol building to the dangerous group.

Not a single one of them, still held in solitary confinement, has been charged with a crime. None were associated with any group, no arms were found, and the only victim was a peaceful protester by a still-unnamed Capitol Police officer.

A few of the many hours of videos from the event, show the Police allowing entrance to the crowd and a bizarre-looking person, thought to be an instigator, demanding the crowd to be peaceful. Other videos identify over 20 persons prompting violence that were not arrested.

Our FBI clarified that the reason they remain free was that they were FBI collaborators. But let us not despair, even if this 1/6 theory was a dud, hope lives eternal. Our maximum leader Biden is expected to enact very tight rules for gun owners, and even if these would mainly affect our non-criminal holders. As Closeau demonstrated, criminals are found among the least suspicious.