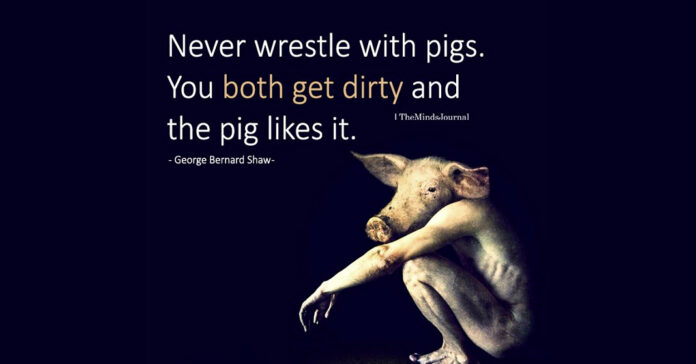 Avoid, avoid, avoid! Deny, deny, deny! Deflecting an argument by refusing to engage with the subject matter at hand is an age-old trick people use on others and strive to teach their offspring to enjoy as a conversational game or strategic thinking habit. It is the art of mixing with changing the subject to the point that whoever was foolish enough to care about what the Deflector had to say is likely to end up scratching their head, crying, or simply not caring anymore about trying to debate a pertinent issue when and if they walk away. It is a conversational control method, plain and simple. It is highly effective if and when an abuse target fails to realize what the user is actually striving to achieve when and if they stonewall and strive to use it.

Deflecting an issue that is uncomfortable or a loser, is a common tactic used in conversations, and negotiations. It is obvious, a short term maneuver in order to change the subject to one that will give you a better hand.

If you happen to be the recipient of this maneuver, it would be a grave mistake to try to correct the attempt. It is like getting into the pigs mud, as stated in the above image.

If used to either hide a mistake, or sell an object or idea it only works if you have something else to hang on that will “deflect” the conversation to a friendlier terrain.

In my employment and constant battle against bureaucracy, I had to use deflection several times but always turning my mistake by pointing to the achievement.

As an example; once I forgot to correctly fill a grant application resulting in added work for an administration chief. Called by the hospital Director in the victim’s presence I was admonished. My response was (deflection of my guilt) to tell them that I would return the grant’s proceeds (one million $$). They laughed and my error was forgotten.

With the present administration the use of deflection has been the only form of communication, and as expected it has run its course. You can’t convince voters by blaming others for your errors, and even worse using the same arguments.

Faulting Trump and racism has run its course already. Since unfortunately there has not been any tangible achievements to turn to, what to do? Again the short term gain has gone. Nothing else to talk about? Then in negotiating 101, you will use honesty and promises for a better future.

“We the people” do not vote for those that treat us as fools, but will accept a “mea culpa” and try to forget the past and look for better times ahead. Can President Biden and/or his handlers keep their narcissistic urges in check in order to give us a reason for hope instead of despair? I doubt it, but for them it is the last recourse they have to keep power unless they radically change our Republic to an autocracy, something that they obviously are striving to do.

With a slim majority in the Legislative branch, an obvious inept Executive, and the next elections rapidly approaching, their future as our Nation’s leaders does not bode well.