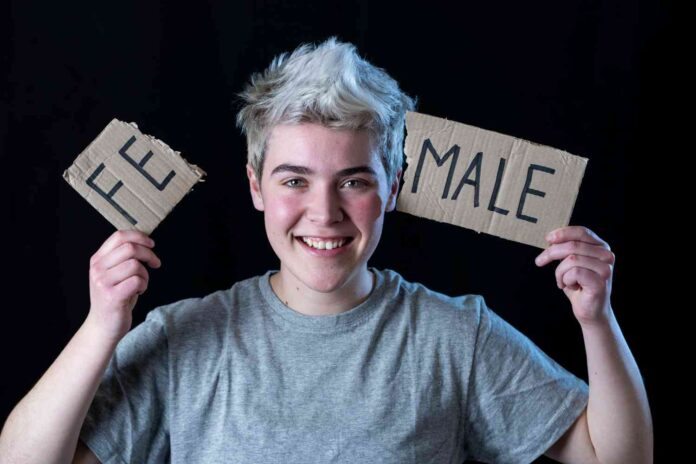 A recent term in usage is “Transgenderism”; essentially an empty word conjured up as a neutral label for any individual not conforming to common social rules of gender expression. The term was created to help unite very disparate individuals under a vague commonality of interest in gender, in order to provide a basis for mutual benefit and support within an often violently antagonistic society.

Transgenderism can refer to those who cross-dress, those who are intersexed, those who live in the opposite societal role of their physical sex, those who play with gender expression for any purpose whatsoever, and transsexuals as well. The primary function is social and political, and not clinical, despite the efforts of some to legitimize this essentially meaningless term. It includes also what was called transsexual, a real disorder that should be treated, but is extremely rare.

Every society has morals, but these vary in different cultures.

With the advent of the technology revolution and globalization, the normal flux and changes in these basic values seem to have accelerated, many times with adverse results. In our country, a society based on Judeo-Christian values and an inherited European culture many advances have been made, especially in the area of inclusiveness and acceptance of others.

At the forefront of these changes are the diminution of discrimination toward homosexuality, and the union of same-sex individuals. In order to clarify my point of view on this difficult and controversial topic, we have to define what biology does, and its influence on behavior.

A genetic origin will determine an impulse or desire, but by definition does not determine behavior or morality. A homoerotic desire does not force an act, willpower will determine its execution depending on whether the behavior is acceptable or not. This is why tolerance of specific conduct by society is so important.

The genetic studies on homosexuality done in twins and the lab show an indication of a biological origin, but they are mostly inconclusive. The gay and anti-gay lobbies push biology or behavior depending on their views, an important factor because conduct could be changed much easier than one biologically determined.

In the mental health professional world, we believe in the acceptance of this sexual orientation as a small deviation of normal as it only manifests itself on this particular orientation. Indeed, homosexuals are an important and integral part of our society in all its aspects. Facts clearly define both biology and will as influential, but neither is defining. As far as the prevalence of this sexual orientation the census shows a figure of close to 2% of the population.

The only other sexual deviation, using the medical definition, which has the potential of a physical determination and is, as it should, accepted by our society is transsexual or gender dysphoria. In a transsexual individual, its gender is not concordant with its sex. They may have been born as a boy or a girl, but feel as being of the opposite gender.

Again, this dysphoria has indications of a biological determinant, but studies are not conclusive. The American Psychiatry Association defines this disorder’s prevalence as one in thirty thousand. Some recent studies in the Netherlands increase this frequency, the highest being one in twenty-five hundred. Even this number means that only 0.04% of newborns suffer from this malady, classifying it as “extremely rare”. Rare or not, it is an extremely serious condition that might commence in childhood, but cannot be confirmed until post-adolescence, and can lead, if not surgically corrected, to much suffering, depression, and suicide.

In most cases, the gender doubts that existed in childhood resolve after adolescence the only precaution needed if doubt is professional supervision. Labeling as a disorder at that age could be described as child abuse.

In order to understand the danger implied in the term “transgender” or “trans”, we have to know the difference between gender and sex. Gender is identity, and sex is the physical form and function that corresponds with one’s identity. Both are determined by brain function at different levels.

More than ninety-nine percent of individuals are born with gender/sex concordance. Of these, only from two to five percent have a biological predisposition to a different sexual orientation, but otherwise are perfectly satisfied with their gender. In other words, the “trans” movement claims to represent many forms of behaviors regarding gender, other than the few that are biologically legitimate disorders.

Regardless of sexual orientation, both hetero and homoerotic individual’s values and morals as determined by the culture that we live in, are threatened. The tacit acceptance as now has caught on with our media and television, of sexual fetishes, perversions, psychological disorders, mental illness, and criminal behaviors as being “trans”, and thus “normal”, has to be understood as another way of destroying the very fabric of our society.

The ultimate goal of this movement is to abolish the biological determinant of two genders, male and female, and establish a “gender-neutral” society. Already we face fewer unions of couples, and more “open marriages” and hedonistic lifestyles.

When instincts and the pursuit of pleasure become dominant in the population, it becomes the beginning of the end of its existence. Traditions and morals might vary in different cultures, but no civilized society has been able to survive without rules that control excess on its behavior, and where amorality rules. We are presently facing this danger.