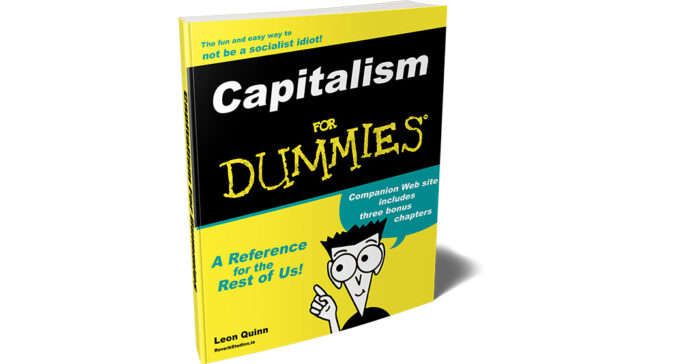 To take from one, because it is thought his own industry and that of his fathers has acquired too much, in order to spare to others, who, or whose fathers, have not exercised equal industry and skill, is to violate arbitrarily the first principle of association, the guarantee to everyone the free exercise of his industry and the fruits acquired by it.

What has been proposed by the extreme socialist wing of our democrat leaders, will be the end of our economy, based on our forefather’s ideals of protecting property and the fruits of labor.

It should not be a surprise that in every country where a government, by physical control, and or taxation, have not increased the population’s welfare. Even the so-called social/democrat nations that in reality have free trade, few regulations, that produce capital but use taxes to promote welfare programs have, with time, failed.

What happened is the result of the simple laws of the economy. Freedom to create capital has to be accompanied by the freedom to keep it. As taxes increase, the incentive to produce also decreases, resulting in less production and less money for the population’s free programs. So let us give simple facts for dummies that fail to understand;

When individuals acquire billions of dollars by work, creativity, luck, or a combination of factors, what happens with the monies other than attracting envy?

a. For every unneeded luxury acquired there is a need to make, maintain, repair these which takes workers that because of these purchases have employment and capital to live, invest or enjoy. And the money not used for personal luxuries, is not, as the wokes want you to believe, to stuff pillows and mattresses. It goes to banks and the financial markets. These investments benefit our middle class by allowing banks to offer mortgages and loans and stocks to thrive, increasing the values of workers 401 K’s and Ira’s.

b. The socialist’s ideology, that the inability to purchase these apparently unnecessary objects because of huge taxation can then benefit the needy is a ruse. Why?

c. What the ultra-rich pays in taxes, go to bureaucrats who take a big slice of the money before distributing part to those they see as deserving.

d. All the workers that received salaries to fill the desires of the billionaires lose their jobs.

e. For the less fortunate receiving payments from the governing rulers, not only decreases their income but stops the incentive to obtain more. As a result, there are fewer workers, less production, and higher prices for commodities.

f. This exchange of capital not only decreases wealth overall but hinders the normal and basic human rights and desires that our forefathers wished for all like a God-given right. And, last but not least, who gains?

g. The only ones that are the big winners, are the so-called rulers that become the holders of riches without the sacrifice and or ability necessary to create their own.

2. These are the easy-to-understand rules for dummies, and to verify these simple facts look at the fortunes made by our legislators, government officials as our presidents and executives before and after claiming that they are “serving the people”. How much of their fortunes they enjoy were made by personal sacrifice, and how much with the alleged reason of a fair distribution of wealth?

The only answer is that they have become the new upper class, the poor remain poor, and with no inducement to progress the middle class, the basis of any successful regime, disappears.