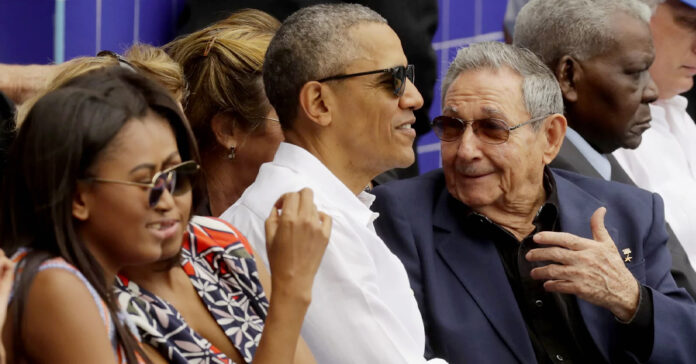 If you believe the media, the Biden administration will take strong measures against the human rights abuses committed against the protesting Cuban people who are tired of 60 plus years of enslavement, started by Fidel Castro and continued with his brother Raul.

Massive demonstrations asking for freedom (Libertad) and democracy were met with an inhuman response with beatings, prison, and death for the unarmed people.

Why I am, at this time, not convinced that the stated “strong sanctions against the leaders of the repression” are going to happen. First, because Biden and his handlers are constantly making outrageous statements that they clarify are not “hyperbole”. The fact is that they are not; they really are bald-faced lies. Second, because the history of our president and staff, as prior members of the Obama administration is one of rapprochement, not toughness towards the tyrants. Third, because the words that made many believe the “hard measures”, come from tweets by Julie Chung an acting Assistant Secretary in the State Dpt. The highlights of these tweets:

“The United States will intensify diplomatic engagement with regional and international partners to support the aspirations of the Cuban people… We must collectively condemn the violence and repression upon the Cuban people for demanding freedom.”

Obviously, it is devoid of details, not corroborated by higher sources, and blends “hard-hitting sanctions”, with “diplomatic engagement” an obvious oxymoron. Everyone knows who the responsible leaders are. The hard posture that they falsely claim is not that hard.

Fidel responded to his malignant narcissism and even with his history as a coward, there was always the possibility that he would commit genocide if seriously threatened. The “new” leaders are fighting to maintain their power only to defend their fortunes and the capability to continue enriching themselves by the labor of the people.

Let us make this point very clear, the Cuban people are able with their ability for work, and inventive to produce enough capital to live with all their necessities that they now lack, and make the Nation, as it once was, a “jewel and example” for the world. Just look at the ones that arrived in the US looking for freedom and all that we have accomplished.

There is only one need for Cuba, freedom which starts with trade. Either a “show of force” and/or a freeze of the leaders’ millions of dollars and properties owned will suffice.

Providing food, medicines, and other necessities by our government or well-intentioned (and some not that well) only will be a palliative solution and a guarantee of continued suffering.

UPDATE: This news came after I wrote the above. Read carefully, more “smoke and mirrors” from the administration! The sanctions are worthless, but the “humanitarian assistance” only helps the rulers!

White House spokeswoman Jen Psaki said the U.S. sanctions are part of a broader effort that includes humanitarian assistance and building international condemnation. Thursday’s action—which bans travel and freezes any assets within U.S. jurisdiction—is intended as more of a message of censure than one expected by itself to coerce changes in Havana’s behavior, a person familiar with the matter said.

The target officials aren’t likely to travel to the U.S. and are unlikely to have accounts in the U.S. financial system.