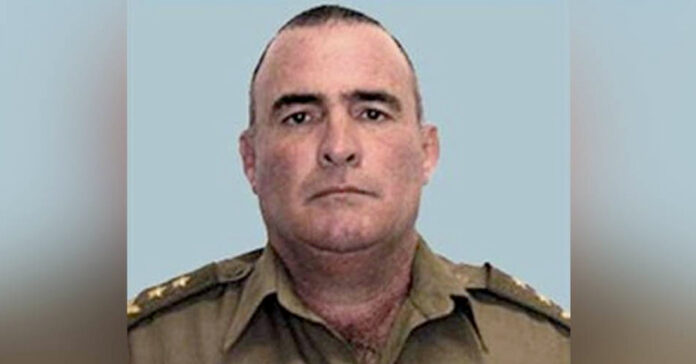 The chief of Cuba’s Eastern Military, General Agustin Peña, has died with no cause of death indicated. The information comes from the Ministry of Armed Forces (FAR) and published by the state-run news agency Prensa Latina. “During his career, he held different posts from platoon leader to company leader and tank brigade leader,” said the official statement. He was the head of the military in the provinces of Granma, Holguin, Ciego de Avila, and also was head of the Army’s logistics department.

In the closed society that is Cuba, it is hard to ascertain what is going on on a day-to-day basis. This is what undeniable facts are. Cuba in 1959 became a family tyranny led by Fidel Castro and inherited by his younger brother Raul. Communist governments always result in a small elite ruling the country with a strong army and repressive agencies to keep citizens at bay, while personally enjoying the riches produced by the same workers that they promised to liberate from “oppressive” capitalism.

Cuba was not an exception. Corruption extended to the high military command and civilian bureaucrats. Not only Cubans on the island, but all over the world, Castro became an unworthy hero. Cubans fled, or lived under miserable conditions, many still believing Castro’s placing the blame of their misfortune in others, mainly the United States.

After Fidel’s death and aging Raul’s retirement, a power vacuum was created. As the military increased their power and capital control, the population’s suffering also augmented. The inevitable people’s revolt started.

Without any overt military assistance, at least as a show of force, the repression by murder and imprisonment diminished the revolt. With a highly inept and unpopular civil face, it was obvious the military would react.

Personally, I hoped for a more moderate takeover and maybe that was what General Peña was attempting. The Cuban news agency Prensa Latina announced the General’s death as sudden, and his demise was confirmed by the Hospital. His body was to be cremated. Absent were the cause of death and/or statements or whereabouts of his family. This terse statement is now absent from their site, substituted by one by Diaz Canel as follows:

Havana, Jul 18 (Prensa Latina) Cuban President Miguel Diaz-Canel on Sunday mourned the recent death of Division General Agustin Peña, chief of the Eastern Army, and sent his condolences to his family, friends, and combatants. On his official Twitter account, the president wrote that the news is very painful. On Saturday, the Ministry of the Revolutionary Armed Forces (FAR) informed on Division General Peña’s death.

It is rather obvious that his death did not have natural causes. Was he attempting a coup? What we can be certain of is that a higher authority is worried about the military command, and in Cuba’s hierarchy this order had to come from the true power in Cuba General Lopez Calleja, Raul’s son-in-law. He not only controls the military but Gaesa the corporation that handles the finances. To confuse the family situation even more, Lopez-Calleja’s nephew is rumored to have left the country a couple of days ago and issued this statement:

Carlos Alejandro Rodriguez Halley, the nephew of Division General and Cuban Communist Party Politburo member Luis Alberto Rodriguez Lopez-Calleja, called on his family and others in power to drop their weapons and start a transition to democracy. “I make a call for harmony and for the putting down of weapons so a process to start a transition to democracy in Cuba can begin. The people have made it clear they no longer want you in power. Listen to the people,” Rodriguez Halley said on Wednesday in a video he posted on Facebook.

As my dear friend, colleague, and professor Jose Gurri used to say when hearing a difficult to diagnose patient case: “and the plot thickens”.