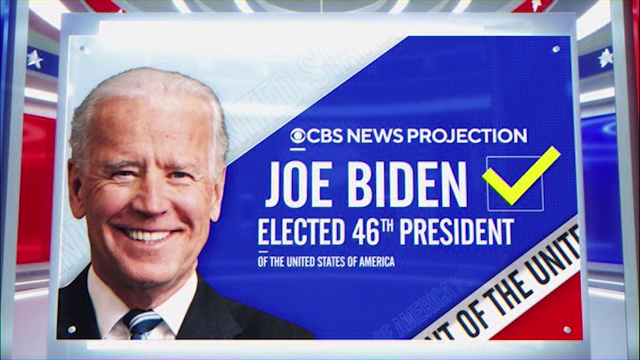 So… you thought Joe Biden was your President, did you not? What if I told you he is not. What if I told you our country is being run by many behind-the-scenes actors? My dear friends, followers, this is not funny. It is not a joke. Matter of fact, this is dangerously real for all the wrong reasons. There is no way, as you can well imagine, that we can tell with any certitude exactly who are all these behind-the-scenes actors. Possible we will never know, but, regardless, what we can all be certain of is that Joe Biden is but a “front” as far as this presidency is concerned – this is painfully obvious.

I am going to go out on a limb here, and I will take a guess as to who are some of the puppeteers that are pulling the strings of this Joe Biden marionette. Some of the names that come to mind include but are not limited to, Barack Obama, Susan Rice, Bernie Sanders, Nancy Pelosi, Chuck Schumer, Alexandria Ocasio-Cortez, Stacey Abrahams, Pete Buttigieg, Elizabeth Warren, and others, to mention a few.

Notably, each and everyone of these characters read like the “who is who” of the “Radical Left” of our country – a watered-down pseudonym for “Radical Communists.” Well, no matter what the label is, what it all boils down to is, our once glorious Constitutional Republic; our once celebrated democracy; our once feted capitalist culture, no longer is. Our country, friends, followers, is being run, à la Communist China with our own version of China’s “Central Committee of the Communist Party” a/k/a CCCPC.

We are being governed by a ‘Junta’ – a government led by a committee. The very essence of dictatorships and/or totalitarian regimes – the very essence of Communist regimes, which seek to control the life of its citizens to where individuals are eventually suppressed, repressed, silenced, subjugated. To where Big Government and/or the State simply annihilates, crushes, and obliterates the individual unless the latter surrenders his mind, his soul, his self entirely to an elite ruling Party. Sounds familiar?

If you really think about it, Joe Biden was [the] idyllic character for the “puppet” role. He is old, stupid, decrepit, disoriented, corrupt, and foremost he is submissive, which perfectly suits the Junta’s agenda. May I remind everyone that, all throughout the campaign trail, Biden’s candidacy was struggling whereas for months, he was beset by a comedy of errors, gaffes, low enthusiasm, and lackluster fundraising to where most everyone in the business, including the polls, had written him off.

Then, suddenly, just like that, from one day to the next, in the make it-or-break it South Carolina primary, the clown scores a landslide win out of the blue. Just like that, on the eve of Super Tuesday, Biden, who had run as [the] most moderate of all democrat contenders, began to surge, money gushed in while top contenders like Pete Buttigieg, Amy Klobuchar, Beto O’Rourke and others withered away from the presidential race.

You know why the resurgence? Tell you why. The Junta had figured it all out. Every single one of the contenders openly clamored about their radical left agendas – a difficult sale at the time. Biden, on the other hand, was sold as [the] most moderate of the group. Ideal for the Junta’s strategy. Again, idyllically, Biden was the perfect Trojan Horse for the Junta’s well-planned takeover – a takeover that had been long-in-the-makings since the Obama days, albeit temporarily interrupted by the democrats’ nemesis and thorn-on-the-side, Donald Trump.

No sooner had the Joe Biden hand-puppet been elected and taken the office of President, no sooner did the real Junta’s Joe Biden surfaced. All of a sudden, the most moderate of the contenders, had become a radical left extremist. Every headline in the nation commented in awe about Biden’s hasty, unexpected, and precipitous change from his moderate aura in the campaign trail to his radical extremism as President.
In retrospect however, the sudden metamorphosis, transformation, and mutation of Joe Biden should not have come as a surprise to anyone, should it? The new Joe Biden was only the end-result, the byproduct, the well-crafted masterpiece of a well-planned agenda, strategized by ‘The Junta’; by the nation’s Communist governing committee now ruling the country – no surprise there friends. Kudos to all of them for outsmarting even the smartest of our conservative zealots.

For any of you who may think I am over the top on this one, I say, think again. Whereas in some of my past narratives as of late I had asked you to join-in with me reviewing the day-to-day op-eds, headlines, as a means of sizing where we were headed as a nation, today, I am going to ask you to do just the opposite. Forget the trees if you will and let us look at the forest. Just about everything and anything that is going around us, all points to a breathtaking, magnanimous, and unimaginable transformation. You name it. It is in the air. From gun control, to a cancel culture aimed at taking God, religion and all sorts of iconic values out of our culture, to reinventing the laws of the land and how we vote, etc., etc. all of it suggests that fundamental transformation that Barack Hussein Obama, the Manchurian Candidate committed to on the cusp of his election on November 2008.

I personally think, we were all led to believe that Joe Biden was duly-elected President on November 3rd, 2020. As I look back today, I am utterly convinced that the 2020 elections were stolen as I am absolutely convinced also that the Joe Biden Junta presidency and/or administration has every intention of staying in power for good. The proposed HR-1 bill and the proposed end of the Senate filibuster all enigmatically point to the consummation of a complete takeover. Nikita Khrushchev, the Former Premier of the Soviet Union in the 1960’s prophetically once said: “…the children and grandchildren of the American people will live under Communism without us having to fire a shot.”

As depressing as this narrative is, I will try to end it on a positive note. Amidst all the gloominess, the despair, the pessimism, I have not lost all hopes just yet anyways that, all of what is wrong, the immensity of it all in such a short period of time, the whole thing, the border crisis, the chaos, all of it, may be in fact God sent, so that the enormity of it all helps awaken the “Sleeping Giant” from this bad dream and rekindle our once noble nation to its former glory. Meantime, whenever you see this Biden clown come out in public, be kinder to him as, after all, remember, he is not really your President – “The Junta” is. May God save us and may God save the United States of America.