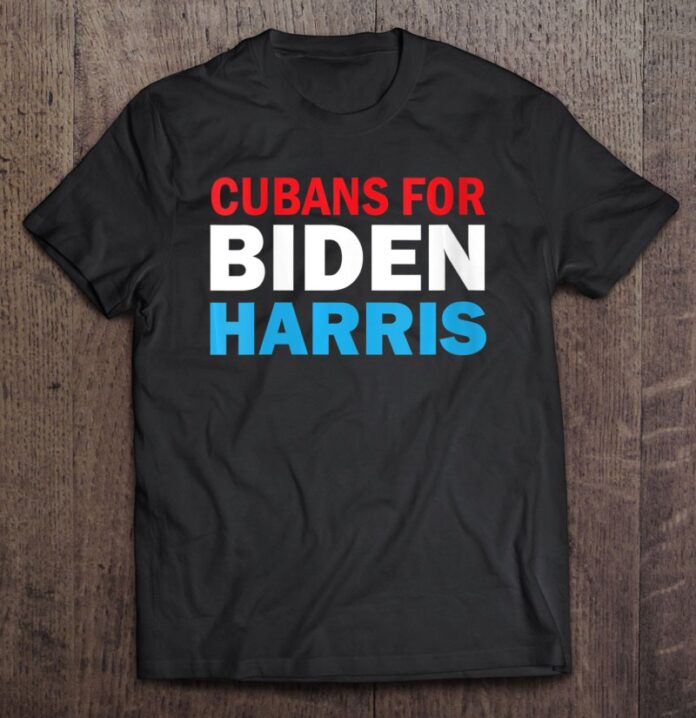 So, there are, according to a Pew Research Center study conducted of the 2016 electorate, approximately 1.4 million Cuban-American registered to vote in the U.S. Of this number 65% or approximately 910,000 live in Florida, most of us in the Miami-Dade County area, of which approximately 38% or 345,000, give or take, vote for Democrats. Needless to say, all these numbers are approximations as I was not able to get any more precise information as to exactly how many Cuban Americans voted for Joe Biden in 2020.

Regardless of how many there were, however, this narrative is dedicated to all Cuban Americans who voted for this Joe Biden clown. You know who you are, so this article is meant for you. How about if I spare you any lectures on how I feel about you being of Cuban descend and you claiming to be an anti-Socialist, anti-Communist – a political exile from Castro’s oppressive regime? How about if I spare you all that and talk about common sense? How about if I left Communism altogether out? You would like that, would you not?

Alright, so let’s be practical here, you voted for Joe Biden, fine. Again, notwithstanding your Cuban legacy, your heritage, or your patrimony, you thought Joe Biden was a better choice than Donald Trump, who you really hated, didn’t you? You all thought Trump was as bad as it could get, did you not? Anything but Trump, right? Well, how about what your man, this imbecile buffoon and corrupt Swamp animal, you elected has done for you and the country since taking office in January?

Are you still as ‘gung-ho’ as you were when you casted your vote in the 2020 elections? Cause if you are, you most definitely need a head-shrink. Last time I checked, they call your sickness “masochism” – the enjoyment of receiving pain. As you very well know, your cherished choice for President has done everything possible to screw us all. Thus far, he has spent almost 4 trillion dollars of your hard-earned tax money in all kinds of pork-fat expenditures, which, by the way, we have not paid for just yet. Meaning we will start paying it in the very near future. Case you did not know how it all works, let me give you a quick example. When government spends money they do not have, as is the case with these 4 trillion dollars, they just resort to printing more money. The more new money they print the fewer goods and services your dollar will buy – something called “inflation.”

In addition to the reduced acquisition power, Joe Biden has clamored he will only raise taxes on the rich and on large corporations. Really? If you are one of those who believes this fallacy, you must still believe that Santa Claus, the Fairy Godmother, Little Red Riding Hood, and Superman are all for real, don’t you? If you really believe that Biden’s tax hikes on the Big Corporations will not be passed-on to you and me, again, you must live in La La Land.

A quick review of his other multiple accomplishments, achievements, and successes includes but it is not limited to, an immigration crisis which inevitably will result in jobs being taken away from American citizens, not to mention, again, higher taxes to you and me in order to subsidize the illegal entry of migrants. In addition, think of the millions of illegal immigrants that are being welcomed by your President -forget the fact that there are terrorists, gang members and drug traffickers coming in as well. Not to worry, your Vice-President, the Harris laughing hyena has it all under control. Her frequent visits to the border are making possible to make the immigration issue a challenge not a crisis.

Bottom line, your fantastic choice for President, is as stupid as they come, so, with all due respects, by default you must be just as stupid for electing him. And, since I am, as well my other 77 million fellow-Americans who did not vote for your clown, affected as well by all he is doing, I not only despise him, but I also despise you for making it all possible. More especially all of you watered-down versions of what we, Cuban Americans, are suppose to stand for. You, of all people, should have known better, shouldn’t you? You, of all people, should have voted for anything or everything other than this imbecile which has done nothing good for you or for our nation.

So, there you go, hard as it was, I kept my word, I kept Communism out of it altogether, if I were to add the fact that your clown, on top of it all, has the very same ideology as did your Castro brothers, then, might as well, tell you how much I loathe you all. Shame on you all. I got to say though, you all got one up on the rest of us. When things get really bad as I know they will, I don’t where to go. You, on the other hand, can go back to Cuba, where I am sure, you would feel as much at home as you did here under this administration. May God save us and may God save the United States of America.