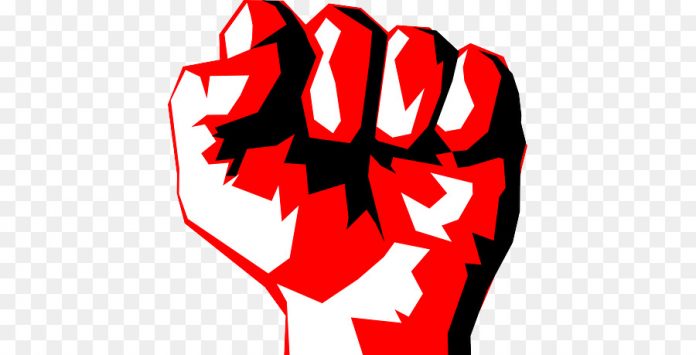 Notably, since September 4th, the opening date of the Senate Judiciary Committee hearings, it appears the world came to a grinding-halt and there was nothing else happening other than, you guess it, the Kavanaugh / Dr. Ford story. Just like that, all other current events and news became extraneous and inconsequential including but not limited to the alleged Russian-collusion story.

Seems as though every time we turned on our T.V.’s, listened to the radio, or read our newspapers, there were no other headline captions other than the Kavanaugh confirmation story. At times, frankly, obsessively micro-dissected, bordering on the preposterously ridiculous. While others chose to continue their political autopsies of the hearing itself, I, on the other hand, opted to look upon the spectacle much the same way that researchers do in a laboratory – that is, I look upon the Kavanaugh saga as a giveaway version of what is in store for our nation in years ahead.

If you think about it, all that has transpired in the Kavanaugh hearings mirrors with striking semblance most all that is happening in our nation as a whole, albeit a scary thought at that. Again, just think about it. To begin with, the Kavanaugh hearing is nothing but a referendum on Roe vs. Wade – it’s all about what some want the rest to belief. No more no less. It is all a magnanimous power-struggle. In the hearing, we have seen it all. We have seen the prevalent polarization that exists in our nation today; the partisan divide; the resentment; the fierce desire for the end to justify the means – and, the most treacherous and threatening of all which is an obvious, very obvious, departure from our traditions; a departure from the rule of law.

Regretfully, what I see in the Kavanaugh hearing is but the aftermath of years of a cultural revolution in the makings. What I see, plain and simple is a virtual reality of what Barack Hussein Obama committed to do while declaring in a speech in Columbia, Missouri on October 30th, 2008, on the cusp of his historic presidential election, as he said: “We are five days away from fundamentally transforming the United States of America.” And…there are, many of you out there, still, that don’t get it, do you?

The Kavanaugh farce, again, is all but a micro-model resulting from the fundamental transformation started by a God-dam communist such as was this Barack Obama. A great majority of Americans, I hate to say, live in La-la land – many of you thinking that communism could or would never happen in our nation – not here, not in the U.S. you claim. Well, guess what? Got news for you all. It is happening and it is happening now, here, today. What we have all seen in the Kavanaugh hearing is as a compelling proof as we can have that communism is abundantly present everywhere around us. Take all that the democrat Senators have done to this man [Kavanaugh] and you need not go any further. Take the fact that Democrats had decided to vote “No” on Kavanaugh’ hearing even before the start of it all and you need not go any further. Anarchy at its best. To democrats Kavanaugh was not a “person”, he was an obstacle, with Dr. Ford, becoming the perfect “dimwit pinhead” to be used for clearing the path to their cynical objective.

Case you had not noticed or have been temporarily out-of-touch with reality, every day that goes by, as a nation, we dis-join further and further apart from the rule-of-law, thus the prevalent opposition to nominate Brett Kavanaugh to the highest court of the land. Notwithstanding all the transformation that has taken place, as far as I am concerned, [the] most compelling evidence that we are amid a cultural permutation comes by way of the prevalent belligerence and hostility. Americans are facing a homegrown wave of violence – not by coincidence I may add.

As recently as last night a Georgetown associate professor C. Christine Fair suggested that all the “white” senators defending Brett Kavanaugh “deserved miserable deaths as they take their last gasps,” she wrote. “Bonus: we castrate their corpses and feed them to swine…” On June 14th, 2017 Republican House Majority Whip Steve Scalise was shot while practicing for an annual charity baseball game. Recently, White House press secretary Sarah Huckabee Sanders had to leave a restaurant where she was having dinner with her husband as she was harassed by an unruly mob of activist protesters merely because she worked for Donald Trump. Ditto with an incident in Washington, D.C., where Republican Senator Ted Cruz was also harassed by a leftist mob who went as far a spewing “life-threatening” messages to employees of the restaurant. How could you not have this kind of irrational behavior when that bitch, Democratic Representative, Maxine Waters calls for activists to publicly harass members of the Trump administration. We also have seen a rash of vandalism against historical American figures. What have we come to being as a nation?

Despite all the good we have seen coming from this Trump presidency, we see riots, protests, demonstrations, rallies, as unruly mobs chant to the tunes of lynching cops – all the while as they inconspicuously raise their “clenched-fists” – a symbolic pedigree tribute to communism; a symbol of solidarity, defiance and resistance, which brings me to the core of my narrative today. Blinds off everyone. What we are witnessing is not, I repeat, it is not your traditional tugs-of-war along party lines. What we are witnessing, instead, is an organized and militant cultural revolution – a communist revolution. Our enemies are well organized à la Saul Alinsky.

The democratic party should, in fact, change their name to the more appropriate title of “the Communist Party”. Don’t kid yourselves friends, they are a coherent and powerful army of militant activist radicals, excessively well-funded by the likes of men such as George Soros. They stick together and support one another thru thick and thin. They are united, much more so than we conservative Republicans. Take again, the Kavanaugh circus as a typical model of everything that goes on in the dirty swamp. While democrats, under the leadership of Chuck Schumer, Naci Pelosi, Dianne Feinstein and the rest of them, have remained steadfastly opposed to Kavanaugh’s confirmation, Republicans, on the other hand, show their share of party absconders and run-away deserters such Arizona Senator Jeff Flake, Alaska Senator Lisa Murkowski and Maine Senator Susan Collins. God-forbid any democrat senators would have dared dissent with their majority, such as these three have.

So, where does this all end? I choose to call it: “Life after Kavanaugh”. As everything in life, we are in a constant state of evolution. A year from now, two years from now, the Kavanaugh dilemma will be “a-thing-of-the-past” – no more, no less. Vis-à-vis, the ongoing revolution will continue as it is here to stay, if ever becoming that more entrenched in the inevitable transformation to “socialism” – the preferred pseudonym to what is in reality “communism”, regretfully, as much as the latter is still left out of the political lexicon, even by the most outspoken among conservative icons such as Sean Hannity, Rush Limbaugh and others, albeit a telltale sign of the collective denial that prevails to this day regarding the most hideous of all political creeds in the history of mankind.

What I see, dear friends, is not, as one would tend to believe, a Trump-hating culture. Trump’s loathing, abhorrence, is not so much the revulsion of a person as it is an unhinged resentment for [the] person who stood in the way of the revolution. [The] person who on November 8th, 2016 became the President-elect of the U.S., thus hampering the communist revolution from the impending and peaceful takeover, through democratic elections – that simple.

So…ask you may, what is ahead? Well, whether Kavanaugh is confirmed or not; whether Donald Trump is re-elected in 2020 or not; whether or not Democrats get back the majority of the House and/or the Senate, or both, regardless, there will come a point in the future of the land when democrats regain power again by electing one of the them to the presidency – no “ifs” or “buts” about it. It will happen. When it happens, it will just be a continuation of what Donald Trump interrupted in 2016. Our mainstream media, our colleges and universities, and many of the once hailed institutions of the nation, such as the FBI, the Department of Justice and others, have already proven to be plagued by communists, a/k/a Trump-haters, thus the inconceivable attacks on all the headway made by the latter both here and abroad. To be clear, there is nothing, absolutely nothing that Donald Trump can do for nation; not our economic surge, nor the accomplishments and achievements shown in the Geo-political landscape; the lessening of a potential nuclear war with N. Korea; the revisited global trade practices; nothing will ever be credited to Mr. Trump, much in the same way that Brett Kavanaugh’s historic greatness will never be acknowledged by democrats, as much as all the good that comes from a re-surging wave of Republicanism is looked upon as a mere detraction in the Democrat’s upending quest to regain power.

I say, whether we care to accept it or not, whether it will happen in our lifetime or in the future, I don’t know when, but what I do know is that, at some point in the future of this nation, there will be the need for yet another Civil War. My seemingly outlandish conclusion is not, believe me, as bizarre as you may make it out to be. Matter of fact, I honestly think we are closer to it than we realize. As I said earlier, our present struggles have already been inflicted with “violence”, thus bringing us one step closer for either accepting Obama’s infamous transformation proposal and/or toppling the revolution through warfare – much in the same fashion as that already adopted by the enemy – Democrats and their disguised Communist Party. May God save us. May God save America.