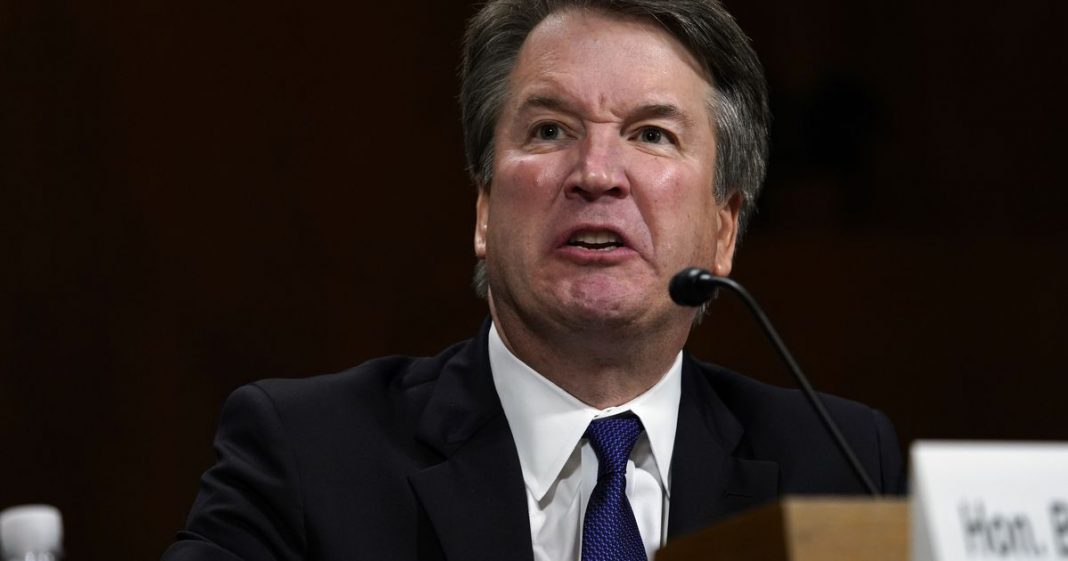 This blog is dedicated to all of you out there who graciously follow my blogs and to Republican Senator Lindsey Graham for coming out in yesterday’s hearing and standing-up for millions of Americans in a way which, in fact, could have changed the course of history for this nation as I will detail in the narrative that follows.

After watching yesterday’s follow-up hearing on the nomination of Judge Brett Kavanaugh to the Supreme Court, I am going to, follow in Senator Graham’s footsteps by speaking to you out of my heart.

Before I do so, however, let me preface my narrative today, by sharing with you my state-of-mind just prior to the start of the proceedings, which, by the way, I did watch from beginning to end. For those of you who read my blog from a couple of days back titled “The Kavanaugh Travesty”, as you could tell, I was incensed with all that was going with Dr. Cristine Blasely Ford’s allegations of Kavanaugh’s sexual attack. I went as far as alleging that she [Dr. Ford] had either fabricated and/or contrived her story under the influence of alcohol or drugs while mistakenly confusing the alleged attacker [Kavanaugh]. Got to be honest with you all, I was dead wrong on both counts.

Before the start-up of yesterday’s hearing, however, I realized that I was completely and totally biased. In fact, I was guilty precisely of the same sinful misjudgment as those committed by Democrats in their judgement of Brett Kavanaugh. I realized that I was lacking the presumption of innocence – [the] most basic tenet and precedent to our justice system– probably the most tantamount principle separating this great country from the rest of the world. To be clear, I went into my viewing marathon, with a compelling need to be open-minded about what I was about to watch. I owed it to myself and I owed it to a judicial system where rule of law is prevalent – [the] guiding light that has made this nation the great nation it is.

To be honest with you, after I heard Dr. Ford’s complete her testimony, I had to recant on most of my prejudices as I stated them in my article the day before. My very first perceptions were that Dr. Ford was a rather credible person. I soon came to the realization that, in fact, she could be telling the truth, and…to be perfectly honest with you, I even thought of the possibility that her allegations about Kavanaugh were, in fact, true. Matter of fact, by the time she had ended rendering her testimony, I was compelled to believing that all was lost for Kavanaugh. Besides all else, I then went on to lay blame on all the Republican members of the Judiciary Committee for having chosen a format such as was the hiring of an independent prosecutor, to wit, Ms. Rachel Mitchell, to do the cross-examination of Dr. Ford.

I truly thought Republicans had done themselves a disfavor by having a format where the questions and answers of the witness were interrupted every five minutes. So, anyways, again, for a moment there, I thought it was all lost. I thought to myself how disastrous this would be for the Trump presidency; how disastrous it would be for all of us; for America.

Honestly, I was really sad and in disbelief that a man who appeared to be the quintessential image of moral integrity could have been as deceiving as claimed in Dr. Ford’s sexual allegation, assuming these were true after all. I felt truly sorry for Dr. Ford. And, frankly, immediately after hearing her testimony, I thought the latter was air-tight. Also, I did not realize at that time, that I had made, once again, a magnanimous judgement error – one typically and historically made by each and everyone of us at one time or another in our lives – that is, our inability to hear the two sides to any controversy. It is human nature for most of us to rush to judgement without really listening to “the-other-side”. Was this ever so true with me yesterday. Frankly, after Dr. Ford’s testimony ended, I had literally thrown-in the towel. In retrospect now, I realize how very wrong I was. Just like that, it suddenly dawned on me that I had not given myself a chance for Kavanaugh to present his side of this story – I was, without realizing it doing just like Democrats were in their character assassination plot of the good judge.

No sooner had Kavanaugh raised his hand in the swearing-in of his testimony, no sooner had I realized this was a different Brett Kavanaugh in front of us. The further he went into his opening statement, the more I blamed myself for questioning this man’s character, integrity and righteousness. Matter of fact, I am not ashamed to say, I had tears in my eyes during most of his narrative. By the time Kavanaugh had finished in the late afternoon, I was unconditionally convinced of Kavanaugh’s innocence, which brought to mind a serious dilemma – at the end of the day, I thought, both of them Dr. Ford and Kavanaugh could not be both telling the truth, could they? It was either one or the other, right?

Wrong again. They were both, in fact, telling the truth. As far as Kavanaugh is concerned, his compelling testimony, coupled with his deportment; the humanity shown in breaking down throughout his presentation; his evident indignity and madness commensurate with anyone who’s integrity has be dragged through the mud; the phenomenal way he handled the attacks of all the scumbag democrats questions – very much different than the incredible patience and level-headed way in which he conducted himself during the first round of hearings on September 4th, all went to prove to me the man’s innocence beyond a reasonable doubt.

As far as Dr. Ford, was concerned, I believe that she was, in fact, the victim of a sexual attack, but…not by Kavanaugh. Mind you, Dr. Ford believes in her heart-of-hearts that is was Kavanaugh. Other than her sincerity in her testimony, being the observant person I am, I could not help to have noticed that this woman seems to be a very sick person. Notwithstanding the incredible pressure that comes from being in a witness stand with a national viewing audience, you could tell her demeanor was one typical to someone that has some deep psychological wounds left behind by a magnanimous event – one equivalent to the alleged sexual attack, albeit an attack now lacking all such specifics and corroborations, legally needed, due to its seriousness, to be credible – more so when a man’s entire life is at stake; more so when the future of an entire nation is also at stake.

For the record, I can poke many holes into Dr. Ford’s allegation, albeit as far as it relates to the Kavanaugh accusation that is. To begin, with, Dr. Ford cannot remember the date, names and place where the alleged attack took place. In addition, Dr. Ford, cannot remember how she got to the place of the attack nor can she remember how she left, which, in my mind, that person the one driving her to and from the place where the incident occurred could have and would have been the most significant witness to her testimonial evidence. Moreover, if you think about it, there are no witnesses to the incident as the three purported witnesses invoked by Dr. Ford, resolutely and under penalty of perjury, denied any incidents such as the one alleged by the accuser.

I don’t know if you noticed but in every single question posed to her by the independent prosecutor, she had to ask advice of her attorneys, sitting on each side. Historically and typically, people that tell the truth under similar circumstances, do not need for attorneys to approve or disapprove their testimony – such advise is typically applicable to the accused not the accuser. Matter of fact, speaking of Dr. Ford’s attorney, other than the fact that she is an ugly witch, seemingly taken right out of a horror movie, she happens to be a stout activist democrat, referred to Dr. Ford, by? You guess it, Senator Feinstein herself – so…what about an unbiased Judiciary Committee?

For a change, once again, when time came for the scumbags Democrats to launch their questions, they were all in their usual “attack-mode”, only this time they finally got a taste of their own medicine when a re-born Kavanaugh stood by his grounds making members of the interrogating democratic panel complete and total asses of themselves. Beginning with Dianne Feinstein herself followed by her “Dirty Dozen” as I chose to call the S.O.B’s.

O.K. friends, now my final version on this, one of the most, hideous chapters in the political history of our nation. First and foremost, I think that in spite of it all; in spite of the sham, the charade, the travesty of what Judge Kavanaugh himself called “a Circus”, in spite of it all, I think we won. I think Kavanaugh will be rightfully confirmed to be our next Justice of the Supreme Court next Tuesday. While I am adamantly convinced that we are not, as a country, out of the woods just yet, there was, as far as I am concerned, a bright, bright moment in yesterday’s hearing, that being the rise of a new star for the Republican party; for the nation and for all of us – that being, the rise of Lindsey Graham as a potential savior of our Republic when Donald Trump leaves in either 2020 or 2024.

After this Kavanaugh farce and after reviewing in my mind all the chaos that now prevails around us brought about by all you feeble-minded democrats; by you communist pundits; by the God-dammed fake media; and all of you so-called liberal progressives, after all of it, I was exceedingly worried about the U.S.’s future, were we to fall prey to the likes of another Barack Obama; to a Hillary Clinton; and/or to any Democrat, as all of them, I repeat, all of them, bar none, are but a piece of unrefined garbage.

The show is over all you son-of-bitches. All of us have seen through your repulsive destructive practices. I feel sympathy for both Brett Kavanaugh as well as Dr. Ford. I think both of them, each in their own way, were the victims of our impending system; of a dirty political mantra whose only motivation is that of regaining the power they lost on November 2016. Once and for all, give it up you idiots. I and many of us are ready, willing and able to go to arms if necessary to save this nation from becoming anything that resembles communism, in spite of whatever pseudonyms by which you choose to characterize this the most hideous political ideology in the history of mankind.

In ending, I congratulate Dr. Kavanaugh for his well-deserved battle; I congratulate Senator Lindsey Graham for his integrity; for standing up on behalf of many of us. Finally I congratulate all of you my fellow-Americans for being the beneficiaries of a true lesson in integrity, righteousness and justice – a lesson in understanding that we must always have faith in God and his ability to let good prevail over evil. May God save America. Long-live the Republic and everything it stands for. Again, congratulations to Brett Kavanaugh and congratulations to you my fellow Americans on our resounding victory and for allowing us to be on the right side of history always. God bless America! 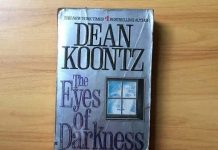