Home Politics The Impeachment Hearings and the IG Report 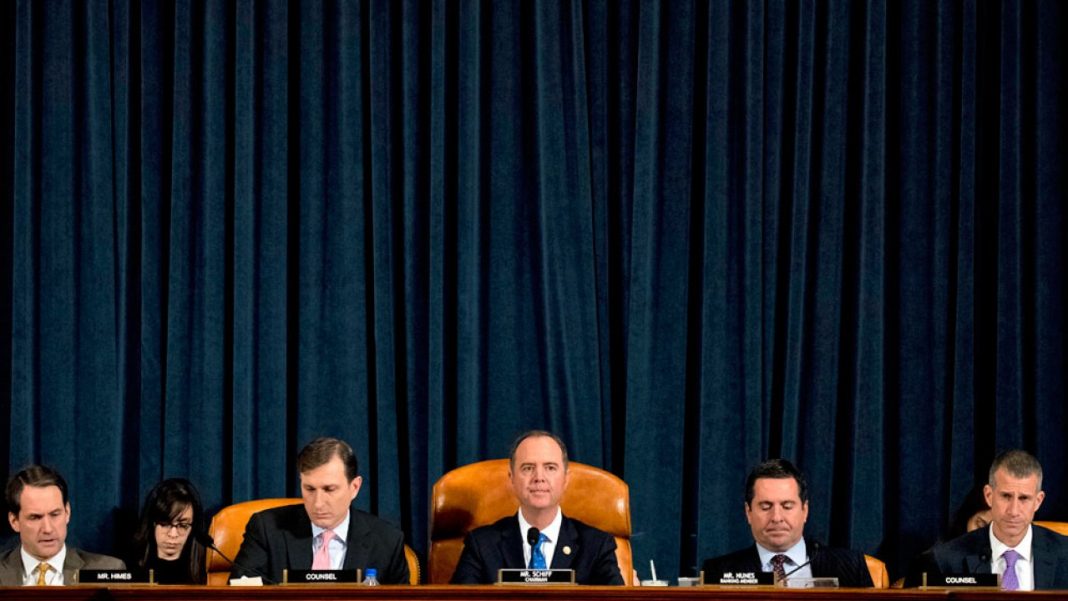 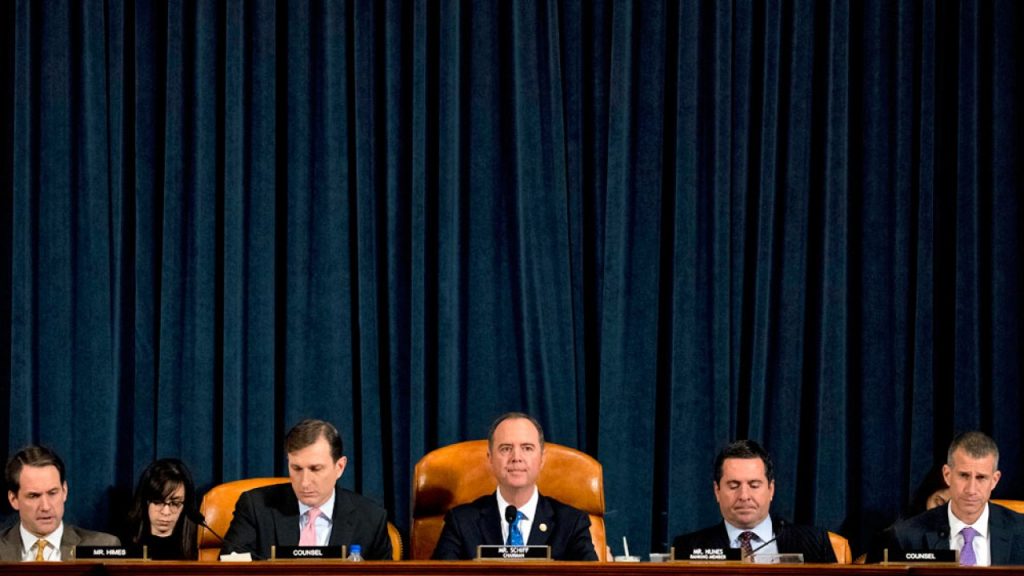 For anyone that has watched, like I have, last week’s Trump’s impeachment hearings conducted by House Democrats as well as today’s appearance of the Dept. of Justice, Inspector General, Michael Horowitz in front of the Senate Judiciary Committee, to testify about his recently released report on the roles played by the FBI and the FISA (Foreign Intelligence Surveillance Act) Court, and the legitimacy in the intervention by both in Trump’s presidential campaign of 2016, I think, a look at both these hearings, was like taking a snapshot of where we stand as a nation – politically speaking, that is.

After watching these two circuses or charades, whichever label best suits your fancy, I personally have some rather definitive and unambiguous opinions on all that’s going on. I will advance you that my points of view may be surprisingly unique, inasmuch as they are somewhat unconventional, albeit departing from most of what I have seen in the court of public opinion. My very first takeaway from all that is going on, is how very different Republicans handle controversy as compared to the Democrat rats. It is no wonder that they Democrats, Socialists, and Communists have been able to be as politically advanced as they have over the past decades.

Notably, in the impeachment hearings, the nation saw how snakes such as Adam Schiff, Jerry Nadler, and the rest of them, publicly showed their hate, disdain, and their unabashed dislike for Donald Trump. Predictably, all these abhorrent and despicable snakes showed their unhinged bias and yearning to impeach Trump at whatever cost – mind you, a state-of-mind, which they have had every since Trump was first elected president in 2016 – a demeanor which has worsened as time goes by in lieu of Trump’s successes and his evident chances for being re-elected in 2020.

Anyone watching the impeachment hearings, could readily tell this whole spectacle was but a well-orchestrated fabrication of innuendos which did not even come close to the level necessary to impeach a president. Matter of fact, if you watched the hearings most all the witnesses brought to testify were like pre-programmed zombies, meticulously trained to tell whatever Democrats wanted to hear. Predictably, at the end of two weeks, the pageantry concluded with a pompous announcement by fat-ass Jerry Nadler of two articles of impeachment, to wit: 1) abuse of power and 2) obstruction of justice.

As much the Democrat’s case was all based on hearsay evidence from a hoard of highly schooled Trump-haters, we can safely predict the end-of-the-road for the infamous “impeachment” of the president will find a sudden-death as the case will come in front of the Senate floor where it will be certainly thrown-out by a majority of Republican senators, ending for good, the wasted time in the Democrat’s ill-faded crusade of hate.

Notwithstanding the details under the magnifying glass used to dissect this spectacle, what I did walk out of the whole affair was with an unconditional acknowledgement of the Democrat’s unabashed hate for Trump and their deranged desire to oust this president at whatever cost – which, as far as I am concerned, is as close as we have ever come to becoming a third-world banana republic, where leaders come and go via coup d’é·tats, overthrows, or otherwise anything but democratically-sanctioned elections, symbolic of free nations.

Now, moving forward to today’s testimony of IG Horowitz. I was stunningly surprised by some of the controversies that became very obvious to me as I watched this other soap-opera. My very first takeaway from this one was the striking difference between the way Republicans and Democrats handle their business at hand.

My very first observation, which I haven’t seen come to light in most of the comments I have heard and read, is the fact that in his 476-page report, Mr. Horowitz, seems to end-up his report by wanting to satisfy both sides of the aisle – as far as republicans were concerned, the IG found some gross abuses of power, distortions of the law and outright criminal conduct on the part of the FBI. Notably, however, Mr. Horowitz’s play of semantics, stroke me as rather unique. The fact that Horowitz, chose to call the FBI’s evident crimes as merely “errors and omissions”, was as far as I am concerned, a gross telltale sign where this righteous investigator loyalties are – no wonder that Attorney General William Barr, expediently went public and expressed his disagreement with Horowitz conclusions in his report.

Vis-à-vis, however, on the other hand, as far as democrats are concerned, Mr. Horowitz concluded there was “no documentary or testimonial evidence to support that political bias or improper motivation had influenced the decisions of the FBI to open investigations on members of Trump’s 2016 presidential campaign.” Interesting. Really?

Notwithstanding the fact that IG Horowitz, appears to have quite an impressive resume which gives him a certain aura of credibility and honorability, after learning of his conclusion and watching him perform in his appearance before the Senate Judiciary Committee today, my take on this guy is that he is your quintessential, archetypal Swamp elitist, meticulously programmed in being “politically correct”, both in his findings as well as in his demeanor while testifying – thus making today’s hearing quite the opposite to last weeks’ kangaroo court. My only comment and/or advise to Mr. Correct Horowitz is: sorry, but you cannot be with God and with Satan at the same time. In life, like it or not, you always have to choose sides and decide where you want to be as, again, you can’t have your cake and eat it too – doesn’t work that way.

My next takeaway is, for the life of me, how “vanilla” were Republicans today as compared to their Democrat counterparts in the impeachment hearings. As much as I respect today’s professionalism shown by Republicans when interviewing Horowitz, as much as I cannot accept their political correctness. Neither Lindsey Graham, nor any of the other Republican top-gun congressmen, not even Ted Cruz, none of them, I don’t think, came even close to questioning Horowitz the way he deserved to be questioned – the way that their democrat counterparts would have, had they [Democrats] had the surmounting amount of evidence there was in support of the Republicans case showing indisputable evidence that the corrupt leadership of a corrupt FBI who had recklessly conspired to undermine Trump’s electability in 2016. Hello.

In summary, comparing these two charades, as far as I am concerned, speaks volumes as to where we stand in the national political arena. In the greater scope of things, my take on what I have seen as I watched these two spectacles is, how nice and weak are our Republicans in defending our principles and vis-à-vis, how much more determined are our counterparts in defending their agenda, despite how evil the latter may be. I am not suggesting by any means that we lower ourselves into the Democratic muddy tactics, but, by the same token, I would have expected for us not to be so ‘politically correct’ with someone who calls the crimes committed by the FBI as merely “errors and omissions” – it is no wonder that we have lost so much territory to Socialism and Communism.

In conclusion and summary, I think the Democrat’s hoax and sham to unseat Donald Trump is but a salacious crusade built exclusively on the frustrations that ensued from the loss of the 2016 elections coupled with the anticipation of yet another loss in the forthcoming elections of 2020. I think the nation is irrevocably divided along partisan lines, as well as it should be, whereby one party, the Democratic Party, has no hesitation in acting in a way in which the end justifies the means, while the other party, the Republican Party, has engendered sort of a submissive denial mode, which time and again, leads to the opponents prevalence in controversies such as this IG report, where, crimes are seductively minimized as errors and omissions. I would politely suggest to my esteemed Republican representatives to, once and for all, take-on the enemy and begin to give them a little taste of their own medicine. May God save us and may God save the United States of America.

On the meaning of life