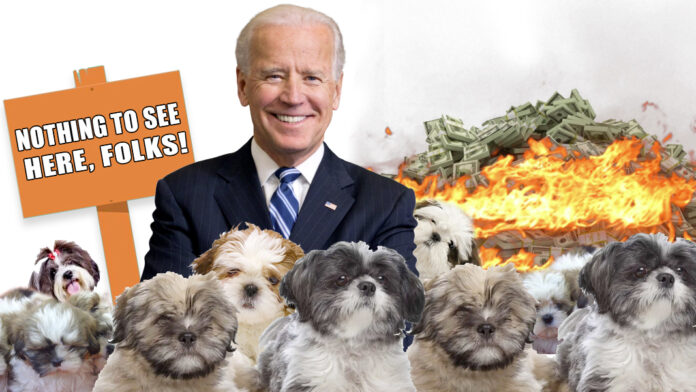 A crisis (plural: “crises”; adjectival form: “critical”) is any event or period that will lead or may lead, to an unstable and dangerous situation affecting an individual, group, or all of society. Crises are negative changes in human or environmental affairs, especially when they occur abruptly, with little or no warning. More loosely, a crisis is a testing time or an emergency.

I have nothing against these beautiful companions, in fact, we have one, but in these times when normal vocabulary is “verboten”, there are some words that we have to avoid, as per our Gestapo rulers, and others will censure! So, there is no crisis, just manageable problems.

What has radically changed are the policies. The first actions from the new administration were to dismantle ASAP, by executive order, all that the previous governing body had done. It went from the border, our foreign policies, to our economy. We were told by them and the parrots from the MSM, that everything positive happening, as in COVID, was the result of Biden’s actions and not Trump’s.

Also, the border non-crisis crisis was the prior president’s fault, and the fact that their “plan” to solve the border increase influx was eerie similar to what they had stopped was ignored. But now the “Shi Tzu has hit the fan”. We are facing not one, not two, but three urgent predicaments that could change our future for the worse.

First, the border that is “closed”, is leaking illegal immigrants, drugs, and unsavory characters by over 100 thousand monthly and getting worse with no end in sight.

Second, the cost of living (inflation) that we were told would never happen increased 12% in the latest measure. Of course, anyone that has a few working neurons, and is not prone to lie, knew that the offer vs. demand law is the basis of an economy. It is impossible to print trillions of $$ for the world to buy without raising interest rates, which raises commodity prices, leading to increased salaries, etc. Also, can you expect people to seek employment when they make more staying at home watching TV?

Third, there is a real danger of another middle east war between Israel and Iran’s proxy Hamas in Gaza. This action should not surprise anyone, as Biden, or his handlers showed no interest in following Trump’s successful policy of making treaties between Israel and other Arab countries that could serve as a block against Iran’s ambitions in the region.

Furthermore, they showed great interest in joining Iran in talks and coolness to our partner Israel. The dangerous pact between our three worse enemies, China, Russia, and Iran was mostly ignored.

As an independent voter with the only goal of desiring what is best for our country, I ask everyone to hope and pray that our leaders can resolve these problems. If unable we should act through our electoral process.