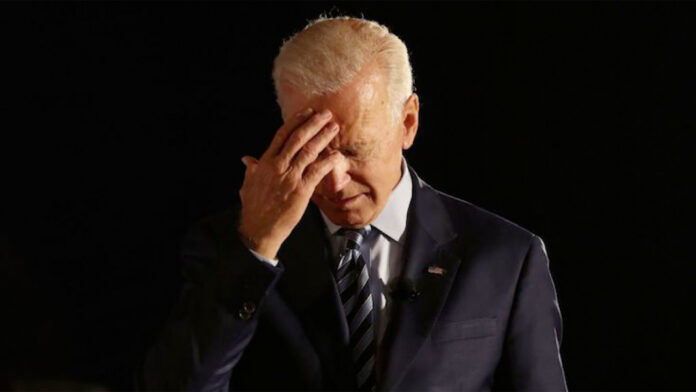 Go, go, go, go Biden!  Well done!  Let’s see now. Gas prices in the nation soaring, highest in twenty years since 1981; inflation setting in, prices of everything going up; worse immigration crisis in nation’s history. Unemployment numbers much worse than first predicted by the administration – 1 million jobs predicted, only 250,000 really happened. Crisis with children not going back to school as Teachers’ Unions refuse to go back to work while asking government to increase COVID relief funds.

Israeli / Arab peace treaties during Trump’s administration gone to waste side  as Israel was attacked by hundreds of rockets fired by Iran-backed Palestinian militants in the absolute worst outbreak of violence in years, all the while, as Biden’s Climate Czar and presidential envoy John Kerry hastily tries to salvage the 2015 Iran nuclear deal whereby he [Kerry] and former Manchurian Candidate president, Barack Obama, happily gave Iran over $400 million dollars in cash so they could subsidize anti-U.S. terrorists all over the world.

Meantime, the Biden administration continues to deny that there are any crises. All is going well, they claim. The answer: spend more trillions in wasteful, non-relevant expenditures and give them purposeful labels such as the COVID-19 Stimulus, Infrastructure, American Rescue Package and others.  For the most part of Biden’s first 100 days in office, the preferred alibi for all that is wrong in the nation was either Trump’s fault and/or a byproduct of the COVID-19 pandemic. With Trump out of the picture and with the pandemic quickly fading and becoming a thing-of-the-past, the blame-game is also coming to an end, whereby, at some point in time, in the not too distant future, they will have nowhere to hide realities anymore. Truth be told, this Marxist coalition is, literally speaking, destroying this great nation no matter which way you look at it.

I think that, as a guest of Fox’s Sean Hannity show last night, syndicated radio host, lawyer, and author Mark Levin, who Hannity calls “The Great One”, said it better than anyone else I had heard before him when he said that: “Joe Biden is a “human pandemic”.  As COVID-19 begins to dwindle away, we enter yet in a new Joe Biden’s pandemic, with the caveat that there are no vaccines that can protect us from this Biden administration.  To think this idiot has three years left on his term as President is not only scary but outright frightening.

On other headline news, yesterday, the Dow dropped 600 points and there have been 33 police officers shot and killed pursuant to a national crusade bannering the defunding of police departments over racially motivated police-brutality issues. As businesses begin to try and do a come-back after a perilous year where many almost had to shut-down, many find themselves struggling once again, as they cannot get people to work because many get paid more money by staying home doing nothing but collect unemployment checks from our kindhearted government.

Now, as far as the rest of us, Republicans, conservatives, “The Right” – the rest of us, couple of things. First, we all need to be thankful. The worse it is, the better our chances to regain the country we just lost because of our collective “denial” as to what is really going here. The nation’s shared “idiocy” as to what Marxism, Socialism, and Communism are all about.

We, conservatives, are all, in fact, our own worse enemies. I think we can all look back and realize that the GOP, our Republican Party, has, for the most part been plagued with RINOs, to wit, Republicans in name only. You know the species, the Mitt Romney’s, Liz Cheney’s, Mitch McConnell’s, even Mike Pence. While they, democrats, stick together through thick and thin, our caucus just seems to each go their separate ways at crucial times – happened to Trump since day one. Reason, for years now, the democrats Marxist coalition, Obama, Pelosi, Schumer, Sanders, and company, they all march to the beat of one drum.  We, the Republican Party, on the other hand, often, succumb and habitually side with them [democrats] on issues such as the controversial claim that our November 2020 elections were outright stolen.

In closing, I said it before, and I will say it again. I am thrilled, ecstatic, overjoyed, elated that almost anything and everything that could go wrong is going wrong. On the one hand, I feel bad for many of my fellow-Americans that will end-up paying the price for all of Biden’s stupidity, myself included of course. On the other hand, however, I am glad that things are as bad as they are as, eventually, the truth on Socialism and Marxism is there for all to see and for all to feel it in their pocketbooks and well-being, albeit where it hurts the most.